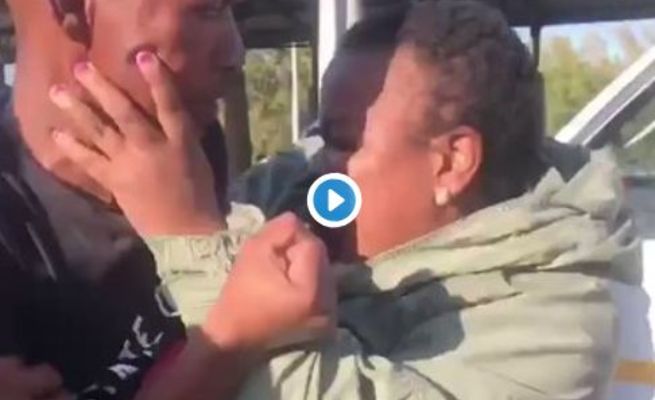 AS Mzansi waits for the much anticipated local version of the Cheaters show, the people in the Mother City witnessed a wife moering a nyatsi in broad daylight.

The video which was shared by Uzair Achmat on social media has gone viral.

According to Achmat the incident took place on Monday, in Athlone.

In the Video, a lady who is wearing a purple top can be seen assaulting a man in a white Fiat Palio.

The man seems to have been caught with a nyatsi in the car, by the wife.

As the woman threw a tantrum on the busy road, the person recording the incident could be heard in the background saying, “Cheaters South Africa” – while the woman continued to throw items from the car onto the road.

Following that, the woman goes to the passenger’s seat, and starts beating up the nyatsi.

The alleged nyatsi can be heard screaming and crying on the other side of the car.