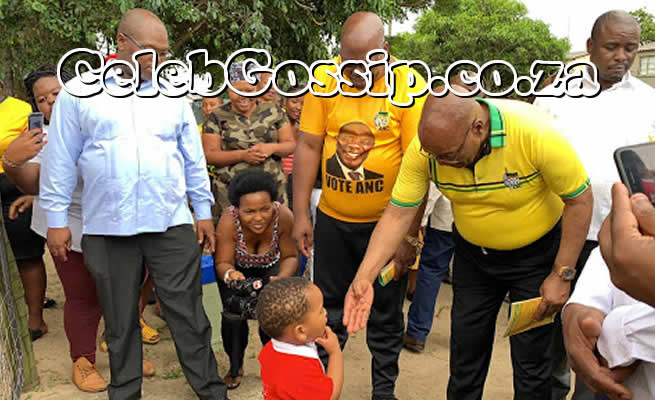 It would seem that not everyone was over the moon to meet and greet former president Jacob Zuma during his electioneering door-to-door campaign in eSikhaleni in northern KZN on Monday.

A toddler at a local crèche snubbed Msholozi and closed the crèche gate on him.

The little girl, who could not have been more than two years old, from Zikhuliseleni Crèche was encouraged to go forward and greet Zuma while her fellow pupils chanted "ANC" in the background.

Zuma greeted her and asked "Where is this pretty little girl from?". However the toddler was not buying Zuma's election charm and ignored him as he held out his hand.

While her much more eager friends would probably have relished in the opportunity to be in the spotlight, the little girl went back into the crèche yard and closed the gate as Zuma, accompanied by his entourage, came closer.

There was much laughter – including from Zuma – who then started chanting "ANC".

The former president embarked on a door-to-door campaign in eSikhaleni in northern KwaZulu-Natal on Monday.

Zuma spent most of the morning addressing and engaging with a small group of community members. He was expected to address the masses shortly after midday.

Meanwhile EFF commander in chief Julius Malema is also expected to address the community of eSikhaleni on Monday.

Malema has also been campaigning in northern KZN and spent his morning in the coastal town of Richards Bay.