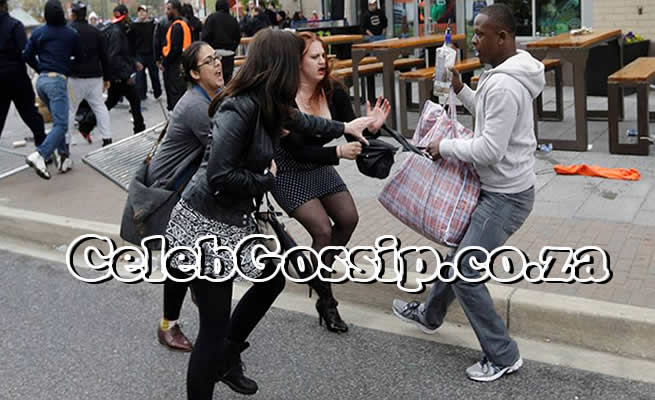 JOBURG is the robbery capital of South Africa and the most dangerous metro in Gauteng, a new report shows.

The State of Urban Safety in South Africa Report 2018/2019, which the South African Cities Network (SACN) released yesterday, revealed that robbery was the most prevalent crime in greater Joburg.

“The nine metros covered in this report are economic centres that are growing twice as fast as other metros and towns, are home to about 40% of the country’s population and produce over 80% of the country’s gross value added,” said the report.

But the metros were burdened with higher rates of violence and crime.

“This has direct implications for their ability to attract investment and grow, and to meet local government’s developmental mandate,” it said.

“Where there are more people, crime is likely to be high,” he said.

He said part of the problem was that police were not consulted when new projects such as malls and estates go up, leaving parts of communities vulnerable to criminals.

Naidoo said police were championing the Safer City Model to create strategies to fight crime in the metros. A two-day National Safer City Summit was held in Pretoria last month.

The SACN report named Cape Town as the metro with very high rates of almost all crime types, including murder. But Joburg took the cup for robbery of individuals by criminals. These robberies happened from homes, vehicles and public spaces.

“Compared to the other metros, Joburg’s crime rates are low to moderate, except for assault and especially robbery,” said the report.

“Over the past 13 years, three metros – Joburg, eThekwini and Ekurhuleni – were the top three for carjacking, while three metros – Cape Town, Nelson Mandela Bay and Tshwane – show a similar pattern,” said the report.

“After some years of decline, carjackings began increasing from 2011/12, but have slightly decreased since 2016/17.

“It is unclear as to why there have been substantial increases in carjackings in most metros, but this may relate to the introduction of more sophisticated vehicle security measures, which has made the theft of parked vehicles more difficult,” the study said.

Inequality was a key driver to the high robbery statistics in Joburg, a metro facing rapid population growth. Unemployment in the metro stood at 32%, while 18% of communities were informal.

“Urbanisation factors are the key drivers of Johannesburg’s crime and safety challenges – of all the metros, it ranks first for rapid population growth, population density and social incoherence and first for income inequality,” said the study.

Joburg experienced a relatively low murder rate compared to the other metros. It has the second-lowest recorded rate of murder, after Tshwane.

Cape Town metro, which stretches from Gordon’s Bay to Atlantis and includes the notorious suburbs of Khayelitsha and Mitchells Plain, has high rates of almost all crime types.

“A cause for concern is the metro’s murder rate, which has increased by 60% since 2009/10 and by 13% in the last year alone, which is more than twice the increase in any of the other eight,” the study said.

Cape Town’s robbery statistics were comparable to those of Joburg, the report pointed out.

“Similar to Joburg, the Cape Town metro’s previously rising rates of aggravated robbery may be showing signs of stabilisation, with no significant change for the past two years.”

Pretoria’s communities were by far the safest in the country.

“Compared to the other metros, residents of Tshwane feel the safest, but are not correspondingly satisfied with law enforcement – only 50% are satisfied,” the report said.

Ekurhuleni had the third-lowest rates of both murder and robbery across the nine metros. “Ekurhuleni is doing well compared to the other metros,” said the report.