Home General News WATCH: Video of school teacher who was heavily beaten for dating a... 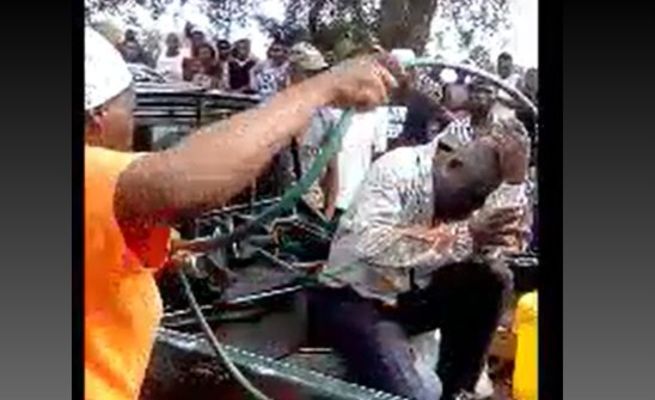 A SCHOOL TEACHER in Namakgale, Limpopo, was beaten up by community members for allegedly having an affair with a pupil.

A video footage shows the teacher being beaten by a number of people has gone viral.

The incident happened on Monday afternoon.

The teacher is accused of having an affair with a grade 12 learner.

A community member told Daily Sun that the teacher and the pupil went to local tavern during school hours.

“On their way back, community approached the teacher and started beating him up," said the community member who wished to remain anonymous.

The injured teacher has been admitted to hospital.

Provincial Department of Education spokesperson Sam Makondo said the department has seen the video and is waiting full report from the School in order to investigate.

Police spokesperson Colonel Moatshe Ngoepe said the matter was reported to the cops.