Home General News Man catches wife and her brother having sex in his bed, YOU... 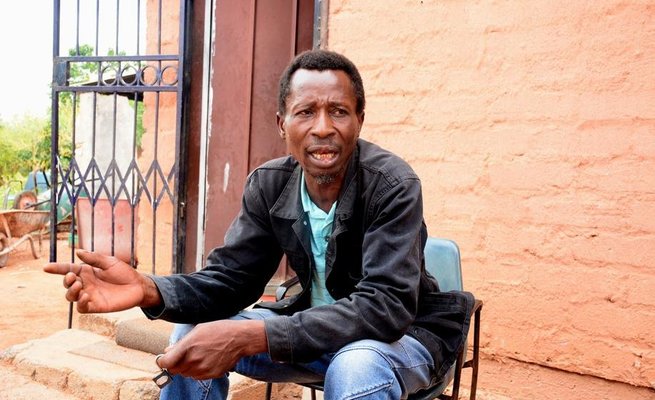 GODFREY Kubeka has been left heartbroken by his wife.

The 45-year-old from Soshanguve in Tshwane claimed his wife left him for her own cousin last week!

Godfrey claimed he was horrified when he entered his house last week and saw his wife and the cousin come out of the bedroom, half-naked.

He claimed his wife said she was helping her cousin bath.

“The man just left and my wife threatened to leave if I asked more questions. I continued asking her what was going on and she just left.”

He claimed he later found out his wife and the cousin were living together in Ga-Rankuwa.

Godfrey claimed after his wife left, he found she had previously been engaged to a man who had died and apparently left her a house in Ga-Rankuwa.

“I went there last week and found her and her cousin relaxing under a tree.”

Godfrey claimed when he phoned his mother-in-law, he was shocked by what she said.

“She said the man who owned the house had paid lobola for my wife but he and his mum had mistreated her. She said the man was related to a chief and if I went around asking questions, my wife would be fined or banished from the village.”

When the SunTeam contacted the wife, she said Godfrey was spreading lies about her as she had left him. When asked why she had left Godfrey, she said she was tired of their fights.

“I could not take it anymore. I was tired of his jealousy.

“He knew I was a widow. I’m a God-fearing woman. How could I sleep with my cousin?”

Attempts to reach the cousin were unsuccessful.