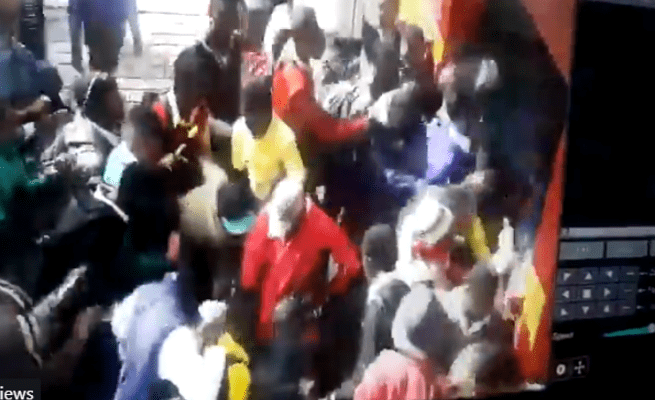 HUNDREDS of pupils looted stores in the central business district of Joburg on Monday.

The suspected members of the Congress of South African Students (Cosas) were marching to the African National Congress (ANC) headquarters, to call on the party to respond to a memorandum of demands that was handed over last year.

On Monday, President John Macheke said they want the Education Department to improve the school’s infrastructure.

He also said they the department to implement a safety programme to rid places of learning and South African streets of drugs.

However, as the pupils marched to Luthuli House, they began looting stores.

In the video, the pupils can be seen entering the different stores and stealing items.

Police spokesperson Captain Mavela Masondo said they have opened cases of public violence, but no arrests have been made.