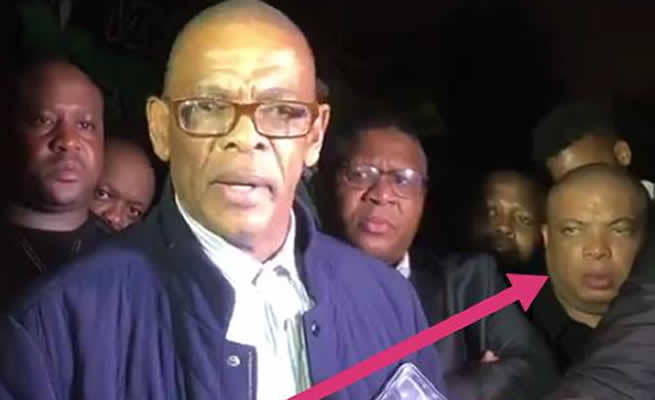 ANC secretary-general Ace Magashule’s right-hand man has survived an attempt to poison him — a plot that has helped fuel a climate of fear in the Free State that those suspected of leaking information about Magashule will be “dealt with”.

Chris Ackeer — who was released from a Johannesburg hospital on Friday two weeks after being admitted — is the second person with links to Magashule to have been poisoned.

Sandile Msibi, a Magashule ally who was head of the Free State department of police, safety and transport, died in December 2017 after being poisoned.

“I thought it was just an allergy,” Ackeer said after being discharged on Friday. “I would not know what and where I ate this, but it was confirmed that it was poison.”

Ackeer, from Bethlehem, has been close to Magashule since his time as Free State premier and is Magashule’s strategic manager at Luthuli House.

“I am not out of the woods yet but am getting better,” he said.

Ackeer declined to say if he had any suspicions about who might want him dead or if he would open a case with the police.

“Fortunately for me it was detected but I can’t really pinpoint what really happened.

Glad that I survived and I am home now,” he said.

“This poisoning was very quick and he ended up in hospital in a very serious condition. He’s lucky … here in the Free State no one survives poisoning,” one said.

“Msibi died a slow, painful death after there were allegations of corruption that were levelled against him. He was not going to go down alone as the Hawks were investigating the allegations. The best way was to kill him,” the source said.

Msibi was a senior official in several Free State municipalities before joining the safety and security department.

At Msibi’s funeral in January last year, Magashule told mourners that Msibi had been “murdered”. He said he and former North West premier Supra Mahumapelo had sought help from the then president Jacob Zuma in arranging for Msibi to be flown to Russia for treatment.

Magashule said Msibi died a few days after plans for the trip were finalised, but before he could get on the plane.

Msibi was being investigated for allegedly channelling millions of rands’ worth of provincial legal consulting contracts to his personal attorney.

Another senior Free State government official told the Sunday Times that some officials have been living in fear after being accused of leaking information to the media. “ANC senior members including the SG would come to the province and we would have late-night meetings at his Free State house where we would be questioned about those who are leaking information,” this official said.

“This is getting scary. We are accused of leaking information to the media about the SG. We were told that individuals that are known were being investigated and they would lose their jobs.

“The Free State has turned into a very scary province to work in. We are called spies.”

Ignatius “Igo” Mpambani, known as Magashule’s bagman, was murdered in Sandton two years ago. He was allegedly connected to Magashule via a R230m asbestos slush fund.

Pieter-Louis Myburgh, in his recently released book Gangster State, quotes sources in the Free State close to Magashule as saying Ackeer was “a fixer of sorts”.

“Ace first brought Ackeer into the ANC to try and get more support from coloured voters in the Free State. Then he gradually started to work for Ace. Later he started doing Ace’s dirty work. He would pick up money for Ace or do other things that Ace couldn’t do with the people from his official bluelights security team,” according to the book.

Ackeer denied the allegations. “I am not the SG’s fixer and I don’t collect cash from other people on his behalf.”

Attempts to get comment from Magashule and his chief of staff, Justice Pitso, were unsuccessful by the time of going to print.