Home General News 'We didn't believe our child when he spoke of creche beatings,' says... 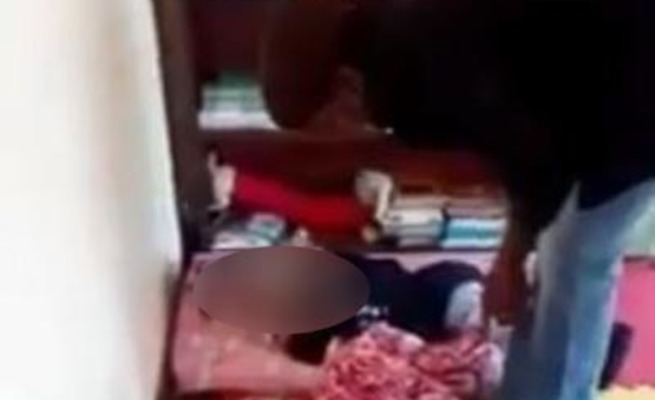 The grandmother of a three-year-old boy on Wednesday said her grandson had on various occasions reported being beaten by the same teacher who was captured on three videos beating other children at the Carletonville crèche.

The grandmother said he had spoken about being hit at nursery school but the family thought he was just being reprimanded for being naughty.

Now, after seeing video clips of a teacher smacking and shoving children at the nursery school, she is heartbroken.

"He's been reporting that the teacher had hit him on the head and his back. We took it lightly and thought he had been naughty and the teacher was merely reprimanding him," said Mimmie.

TimesLIVE is not publishing her full name to protect the identify of the child.

She said the family had, however, questioned why the teacher would specifically hit the child on the head.

"I am heartbroken, honestly. We should have taken the child seriously and come to think of it children don't just make things up," she said.

She spoke to TimesLIVE outside the nursery school where the mood was tense as several parents arrived to demand answers and take their children home.

Three videos depicting various "assaults" by a woman at the nursery school surfaced on social media, causing outrage. If the dialogue heard on the video is anything to go by, one of the toddlers was beaten for vomiting, while another was beaten for not wanting to sleep.

One of the children was seen being grabbed and thrown on to the carpet, where the caregiver then puts her foot on the little boy's head.

Another parent said she was heartbroken after seeing the videos on social media.

"I was at work when I saw the videos. The link was shared by my husband who's currently in Cape Town. Can you imagine how he felt? I had to drop everything I was doing to attend to the school," she said.

She said she was definitely moving her child elsewhere.

The nursery school's Facebook page, which has since been removed, had earlier contained messages of praise from parents whose children went there.

Police confirmed on Thursday that the woman featured in the video clips was arrested last week and had since appeared in court.

"Police can confirm that a 40-year-old woman appeared on March 26 2019 in the Oberholzer court in Carletonville, on a charge of assaulting a minor," said Brig Mathapelo Peters.

She is due in court again on May 7 and is out on bail.

Lawyer Danie van Zyl, representing the school principal, told reporters that the woman who had filmed the videos and allegedly leaked them was also being sought by the police.

Van Zyl alleged that the woman was fired from the school for another incident but had blackmailed the principal and threatened to leak the videos if she was not paid.

Police did not immediately confirm these allegations.

"With the court process having commenced and given that the investigation is yet to be concluded, police are not at liberty to divulge details or comment on this matter," said Peters.

Peters said the police condemned the incident and "the continued irresponsible circulation of the video clips on social media platforms".