Home General News WATCH: Video of a woman peeing in a bank (FNB) in front... 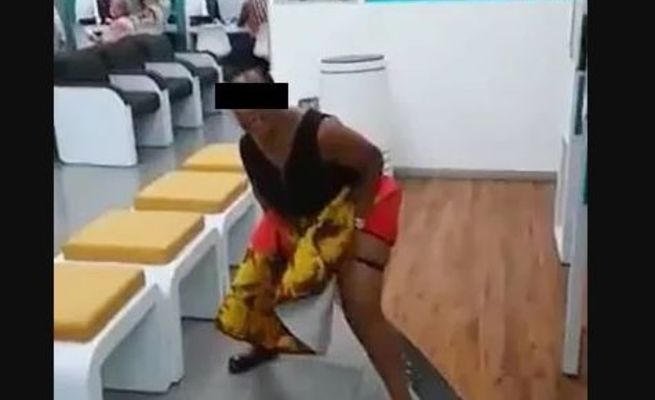 SHE went to the bank to make a deposit, but that wasn’t the only thing she deposited.

A woman decided to pee on the floor of an FNB branch in full view of staff and customers.

She had apparently been waiting for assistance for an hour.

The incident was caught on camera. In the video, she is heard saying the toilets were locked and she was pressed, so she had no choice. The video has been doing the rounds on social media.

Lee-Anne van Zyl, CEO of FNB Points of Presence, said they were aware of the video.

“We can confirm the matter has been addressed directly with the customer concerned.

“For security reasons, customers are not allowed to use back office restroom facilities in our branches,” she said.

Van Zyl said the bank discouraged the circulation of the video to safeguard the dignity of the customer.

Last week, it was reported that a woman who crashed her Mercedes-Benz into a Standard Bank branch at K90 Shopping Centre in Boksburg was bust on Friday. She was charged with malicious damage to property.
According to Boksburg North police spokesman Constable Justice Ramaube, the woman will appear in court today.

“The client apparently got angry following an argument with a teller about service and the long queue,” said Ramaube.