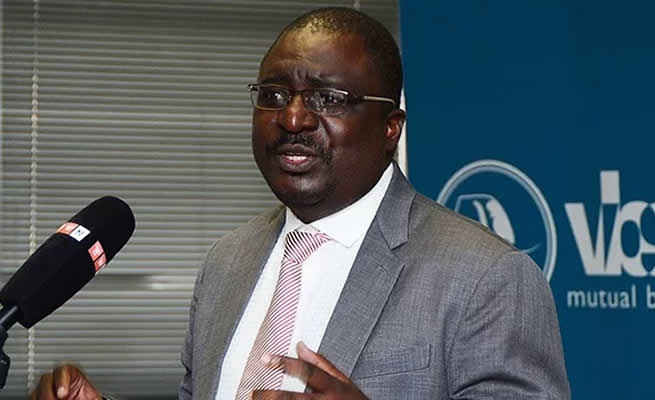 Former VBS and Vele Investments chairperson Tshifhiwa Matodzi is allegedly hiding his Ferrari super-sports car as liquidators close in on his assets, including his mansion worth R7m.

The liquidators, who were appointed by the Master of the High Court, say it has not been an easy ride to recover the monies allegedly pocketed by Matodzi as he was not cooperating.

Matodzi, a trained accountant, was fingered as a central figure in the looting of the bank where up to R1.8bn of poor people’s savings and monies from municipalities was stolen.

Part of the liquidators’ claims against Matodzi were that he was allegedly hiding some assets, including a flashy Ferrari, from them.

Sunday World can reveal that Matodzi’s mansion in the glitzy Eagle Canyon golf estate in Honeydew, west of Joburg, was seized and was set to go under the hammer on Tuesday after his estate was declared insolvent by the Master of the High Court.

According to information by the auctioneers, the mansion, which was valued at R5.4m by the City of Joburg, was expected to fetch between R5m and R7m.

This was confirmed by Sabine Schneider of Michael James Organisation, an auctioneer appointed by the liquidators to get the highest bidder for the four bed-roomed luxurious house.

Schneider told Sunday World the house would go under the hammer on Tuesday but said the final decision on the best offer would be decided on by the liquidators.

“We are not going to take anything less than R3m. The actual value of the house could be between R6.5m and R7m,” she said.

Matodzi declined to comment when asked about the auction and other allegations levelled against him by the liquidators.

Among other properties that the liquidators wanted to grab was a plot in Mogale City that’s said to be worth about R1m. These were the only two properties registered in Matodzi’s name at the deeds office but many more were expected to be uncovered when investigators zoom in on properties registered under his myriad of companies.

One of the liquidators, Richard Pollock of Harvard Corporate Recovery Solutions, confirmed that the mansion was going under the hammer on Tuesday and said this was just the beginning as they were hard at work trying to locate many other properties and assets believed to be listed in companies controlled by Matodzi.

“We only started with the Eagle Canyon’s property because it was vacant. Matodzi vacated it after he heard that we were coming for it. We are also investigating other properties and assets owned by Mr Matodzi, which we also intend to seize and auction,” he said.

Pollock said that some of Matodzi’s luxury cars, including a Range Rover Lumma, BMW X6 and BMW 3 Series, were also going to be auctioned as the state try to recover some of the money looted from VBS.

However, he said they discovered that Matodzi was not entirely honest in his submissions to court about his cars.

“We discovered that he owned a Ferrari but we did not find it anywhere and he is refusing to give us information about it. Among the cars he provided, only one was involved in an accident,” said Pollock.

The liquidators said they were planning to have a meeting with Matodzi’s lawyers to discuss the missing snazzy vehicle and other potential properties that could be identified to increase the money to be recovered.

Sunday World understands that the liquidators were also struggling to locate some of Matodzi’s assets because they could not even get close to the former VBS chairperson’s wife as the two are married out of community of property.

“The only option we have now is to follow the money [trail] and look into the companies owned by Matodzi and or his associates,” said Pollock.

According to a report compiled by Advocate Terry Motau on the bank, Vele Investments, the biggest shareholder in VBS had benefited to the tune of R745m from the VBS scheme and Matodzi was said to have unduly pocketed R325m.

This was the same amount the liquidators were trying to recover from Matodzi’s estate which has since been declared insolvent.

These developments follow the successful application by VBS curator Anoosh Rooplal and Reserve Bank to sequestrate Matodzi and two other executives – CEO Andile Ramavhunga and former COO Robert Madzonga – on allegations that they unduly benefited from the VBS.

The two executives challenged the sequestrations against them, arguing that the monies they received from VBS and Vele Investments were due to them.