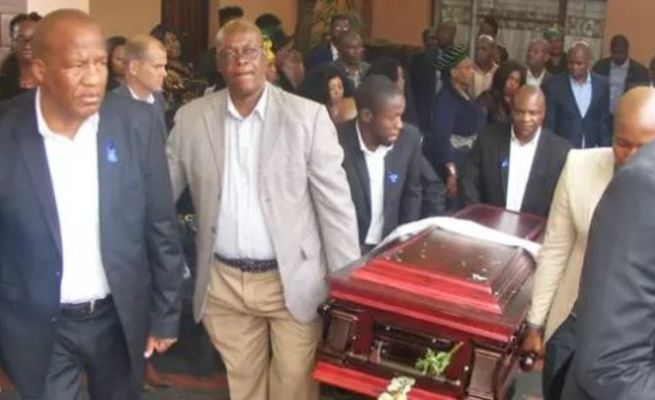 Mthembu was addressing about 3000 mourners at the funeral service for Nokhwezi at the KaNyamazane Stadium at Mbombela in Mpumalanga. He related how painful it was to enter the room of 25-year-old Nokhwezi on March 20 at their Pelican Park parliamentary village home in Cape and finding her body hanging from the curtain rails.

“I’ve said to my wife, Thembi, that I would not wish for anyone to walk into the room of your child and see your lifeless daughter hanging from the rails of curtains,” said Mthembu.

“If you raise a child who finishes school and starts working, you say I have done my bit. There is someone who is going to bury me when I die, not knowing that she is the first who is going to go in a painful and surprising way. We have lost. We expected a lot from Khwezi." 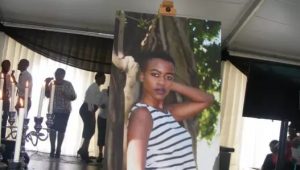 Mthembu said the death of his daughter happened while they were still recovering from the grief of losing his mother, who died in March last year. He described Nokhwezi as an obedient and bright person.

Nokhwezi was a graphic design diploma graduate from the Vaal University of Technology, according to her obituary distributed to mourners during her funeral. Her biological mother was Mthembu’s late wife Pinkie Selolo. She was working for a graphic design and marketing company in Cape Town at the time of her death.

Nokhwezi’s younger sister Nokuthula Mthembu also spoke fondly of her deceased sibling and referred to her as a pillar of strength.

“She always comforted us whenever we were sad. My sister cared for us and I also encourage you to take care of other people,” said Nokuthula.

Higher Education and Training Minister Naledi Pandor and Health Minister Aaron Motsoaledi were among a number of cabinet members who also attended the funeral.