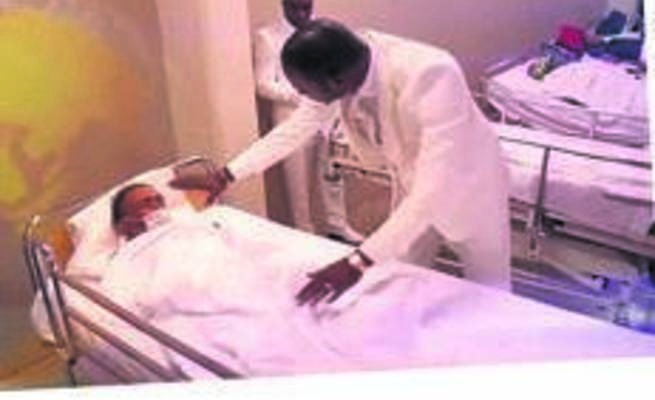 FOR four years, Zakhele lived a healthy life with HIV.

But he made a decision that proved to be fatal.

“He said he was healed and stopped taking ARVs,” said his sister Nomthandazo Ndaba.

Nomthandazo said her brother was a staunch follower of the church.

“He never missed a service. He insisted on going even when he was clearly not fit to attend,” she said.

In October the family got a surprise visit from home-based care workers.

“They came to ask us why they hadn’t seen Zakhele at the clinic.

“He refused to listen to them when they begged him to take his treatment.”

“In his final days Zakhele was weak. He had blisters all over his body. He looked nothing like the person he was when he first went to that church.”

In a church video Zakhele is seen lying on a hospital bed, with Pastor Alph Lukau praying for him.

After the prayers Zakhele starts walking around. A message then appears: “He’s healed of TB, diabetes and HIV.”

In a statement, church spokeswoman Busi Gaca said the church believes that medicine and the church are not separate.

“We have qualified medical doctors serving under Pastor Lukau,” she said.

“The church always states that the person must go back to their doctors to verify their healing.”

She said the video shows Pastor Lukau laying hands on the man, who then gets up after receiving healing from God.

“At no stage does Pastor Lukau tell the man he’s healed. It’s rather his own testimony that he has received a miracle from God,” Gaca said.