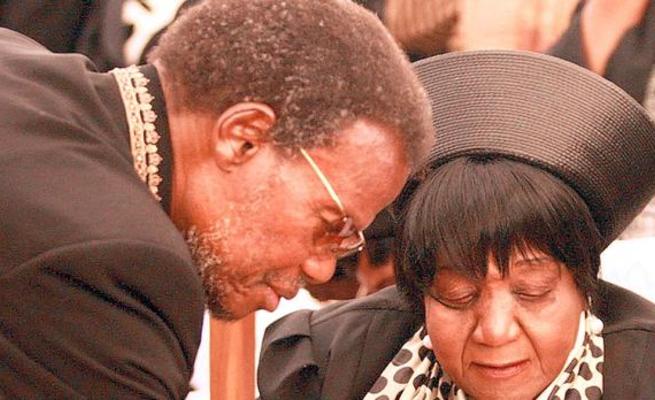 The party said ‘following a long and difficult illness, Princess Irene passed away peacefully this morning at KwaPhindangene’.

“She leaves behind her husband of almost 67 years, their children Prince Ntuthukoyezwe Zuzifa, Princess Phumzile Nokuphiwa and Princess Sibuyiselwe Angela, and many grandchildren. All are devastated by this loss.”

“The family requests that our privacy be respected as the necessary arrangements are made for the funeral, the date for which will be announced in due course.”

In a 2016 interview with Independent Media, Buthelezi spoke of the first time he met his future bride, describing how he was ‘mesmerised’.

The IFP leader had said that he never forget “that special day” in January 1949 when he met Irene Audrey Thandekile Mzila.

He was just 20 and had accompanied his uncle, Prince Mshiyeni ka Dinuzulu, to his son’s wedding in Randfontein.

“We stayed at the Wenela Compound in Eloff Street, run by Zachariah Mzila. There I met Mzila’s beautiful daughter. She was about to do a nursing course at St Aidan’s Hospital in Durban.

“I was mesmerised. She was full of life, intelligent and kind. She had a quiet sophistication that would have served her well in the diplomatic corps. It did not take me long to ask for her hand in marriage.”