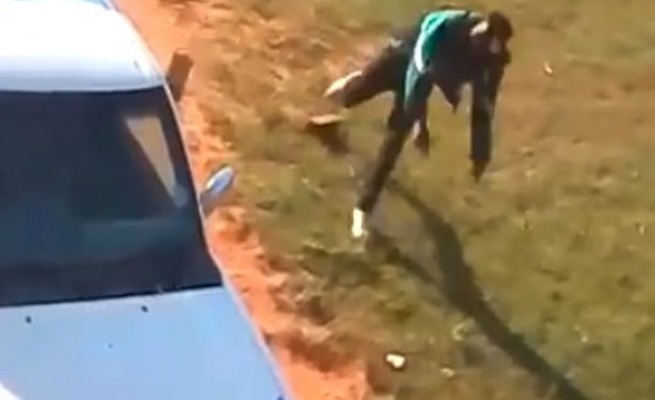 The Independent Police Investigative Directorate (IPID) has stepped in following the death of a Mpumalanga man, who police officers shot after he threw bricks at a local school earlier this month.

The man, 25-year-old Derrick Bopape, died in Witbank Hospital in eMalahleni on Wednesday. Dlamini said "IPID was [already] investigating the discharge of a police firearm in line with its mandate, [but]the investigation will now focus on the death of Bopape".

"We will await a post mortem to further our investigations," Dlamini added.


Earlier in March, officers responded to a complaint that Bopape was breaking windows and demanding to see the principal at Mmametlhake Secondary School.

A video of the incident, which went viral on social media, shows Bopape throwing bricks at the school's windows before two officers arrive in a police van.

Bopape is seen charging at the police and using bricks to pelt them.

A female officer had to dive to dodge the bricks.

Dlamini said the video footage was obtained to assist investigators to establish what led to the shooting.

"The investigation continues and no arrest has been made," added Dlamini.