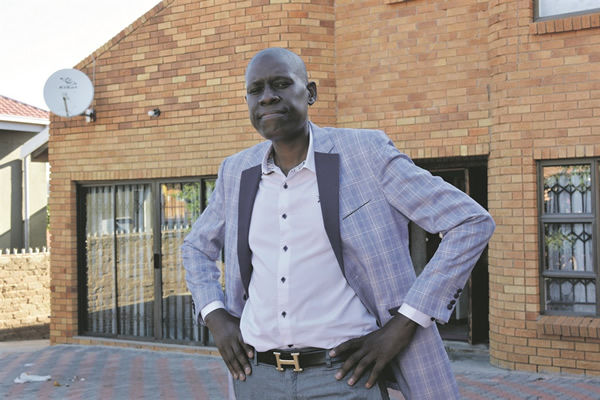 FOR a year he was saving himself for his potential wife. Now he is ready to give love a second chance.

Mosley Mamashela from Slovo in Mabopane, north of Tshwane believes his soulmate is out there.

The 36-year-old prophet and cancer survivor said after his fiancee left him while he was fighting cancer, he thought he was done with love but later realised he needs a better half while leading the church.

Mosley said he wants a partner who fears and loves God, like him.

“I want someone who believes and loves the Lord. Someone who will lead people at our church and a woman of character.”

He said he is looking for someone new.

“I want someone different and out of the box. I have been hurt a lot. As a man of God I trusted a lot and I don’t want to make the same mistake of being in a relationship with someone familiar.”

He said it does not matter what the woman looks like.

“As long as the woman is spiritual and can help me grow, as I will also help her grow, then we’ll be just fine,” he said.

Mosley said the woman should be aged between 30 and 35 years and ready to get married.

“I am a prophet and God is going to show me the right woman,” he said.