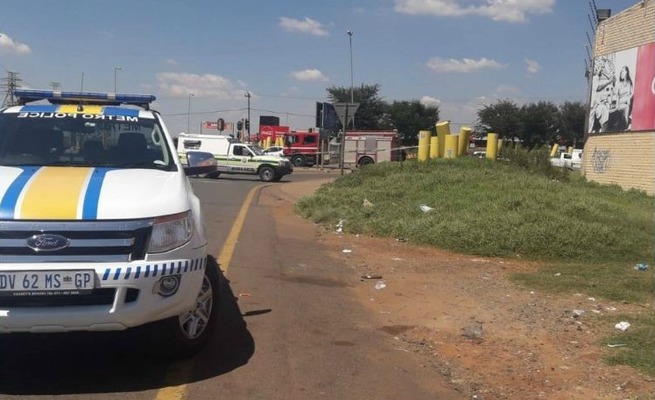 Police are hunting for suspects who shot dead an off-duty police officer in front of his wife and daughter at Vosloorus, Ekurhuleni, on Human Rights Day on Thursday.

“Preliminary information reveals that the wife and daughter of the deceased officer fell victim to a robbery inside a store, during which time the store owner activated the security alarm,” said police spokesperson Brigadier Mathapelo Peters.

“The daughter managed to run out of the store to alert her father [the warrant officer], who had parked his vehicle close to the entrance. In response to the alarm and the daughter’s cry, the deceased allegedly ran into the store and was then shot at from behind by the suspects.”

The police officer was certified dead on the scene. No other injuries were reported.

Gauteng police commissioner Lieutenant-General Elias Mawela said: “Let me extend our heartfelt sympathy to the wife and daughter who had to witness this tragic loss of life of their husband and father.

"Condolences to his entire family and all those close to him, too. We will do everything in our power to find the suspects and they will face the full might of the law.”

#sapsGP Police launch manhunt following fatal shooting of an off-duty police officer in Vosloorus. Anyone who might have witnessed the incident is urged to contact Vosloorus police or call the #CrimeStop number 08600 10111. NPhttps://t.co/VdZbTR56WL pic.twitter.com/71TBdoH2IO