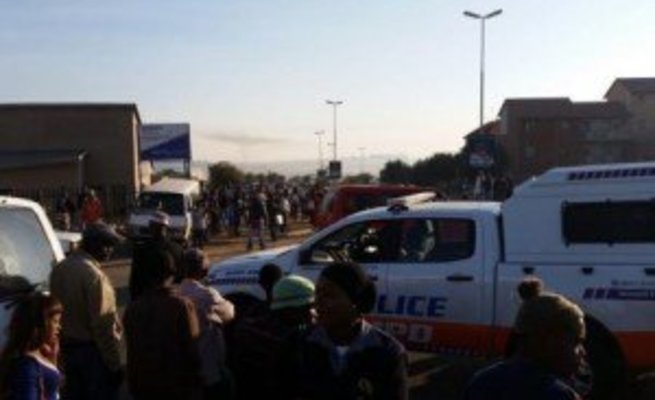 An alleged criminal gets electrocuted while running away from mob.

The man is fighting for his life at the Tambo Memorial hospital in Boksburg. This is after he was electrocuted and found dangling from the overhead cables below the station bridge, in Germiston, on Tuesday at around 8am.

Prasa spokesperson, Lillian Mofokeng said the Metrorail Protection Services officials arrived on scene and they found emergency medical services (EMS) personnel and local firefighters at the station bridge that crosses from the south to the north of Lambton. “

They found the man was hanging from the overhead cables upside down. The Power of the cables was switched off so that the man could be recused,” said Lillian.

“EMS performed CPR on him and made arrangement to transport him to hospital as his condition was deteriorating,” she added.

Lillian said the man was badly burnt from the electrocution and was transported to the Tambo Memorial Hospital, in a critical condition.

She said it is not clear at this stage what had happened or how the man had been electrocuted.

“It is alleged the man was running from community members who were chasing him for a crime he had allegedly committed. However, none of the bystanders confirmed this or wanted to shed more light on the incident,” said Lillian.