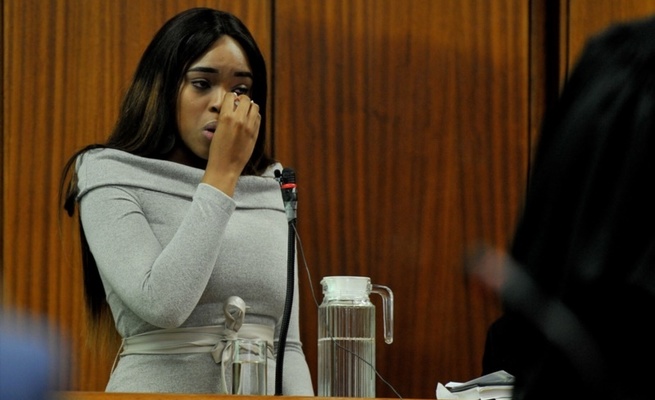 There are people waiting for her to give up, but she refuses to do so, Cheryl Zondi said on Tuesday morning.

Speaking at a press conference in Johannesburg on the way forward for her after the judge in her rape trial recused himself, Zondi said she is more determinded than ever to see the case through.

"It was extremely difficult and antagonising the first time around and I anticipate that it will be worse the second time around."

Judge Mandela Makaula officially recused himself on Friday because his wife owned a guesthouse where state witnesses in the case stayed.

"I have a responsibility to the nation that has supported me from beginning. I have the responsibility to live up to the confidence this nation has in me. There are people who are waiting for me to give up but I will not give up."

Zondi said when she decided to publicly come out about her sexual abuse, allegedly at the hands of self-proclaimed pastor Timothy Omotoso, she waived her right to remain anonymous. She admitted she underestimated the impact. "It was obvious that South Africa has never seen a rape case unfolding in real time. I went to bed and next morning my name and pics all over social media, radio. I was traumatised, feeling like I was on trial."

Then news reached her of an alleged R500,000 hit on her life for speaking out, and she was given refuge at the home of chairwoman of the CRL Commission, Thoko Mkhwanazi Xaluva.

"Victims must hide. Witness protection punishes those who break their silence," she said.

She also claimed the National Prosecuting Authority is yet to explain to her how she will be affected by the judge's recusal.

Explaining the impact of the case in the high court in Port Elizabeth, she said she would probably have to testify from scratch – "As if I have not lost weight and sleep due to stress over this case. I had to rewrite exams because I could not concentrate, because of the stress I suffered due to this case."

But, she said, she was prepared to go through "secondary victimisation" all over again to see justice done.

Zondi said when she thought about the judge's recusal, she "didn't feel good at all".

"On the day I heard it, I could not even eat. Thinking of having to go through the process again was just heartbreaking.

"I won't lie that I feel strong all the time. I'm human. I feel the pressure. I get panic attacks, but it has to be done. It's a daily struggle but I won't go to sleep knowing that I let someone who abused me walk freely because I didn't want to stand up and do this all over again."

She is prepared to face the public scrutiny too.

"What good is a story if it can't be told?" she said on claims that Omotoso's defence lawyers don't want the trial to be broadcast.