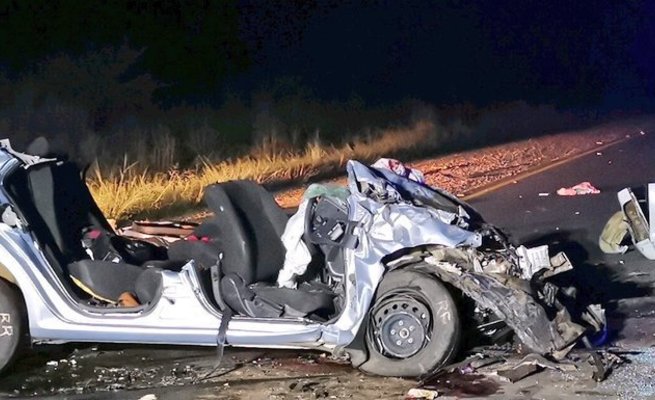 OVER thirteen people were killed and nine injured in a crash between a bakkie and a car on the N12 in Westonaria.

According to ER24’s Russel Meiring both vehicles sustained a considerable amount of damage in the collision.

Meiring said they found numerous bodies scattered around the scene, as well as trapped inside the two vehicles.

“Paramedics assessed the patients and found that five people from the car and eight people, including children, from the bakkie had sustained numerous injuries and showed no signs of life,” Meiring said.

Meiring said nothing could be done for them and they were declared dead.

He added that nine other people were assessed on the scene, six of them including young children, were found to be in a critical condition while three others sustained minor to moderate injuries.

“Once treated, three of the critically injured patients, one being a young child, were airlifted to nearby hospitals by the ER24 Oneplan Helicopter, as well as two other medical helicopters. The remaining patients on scene were transported by ambulance,” Meiring said.

The details surrounding this incident are not yet known.