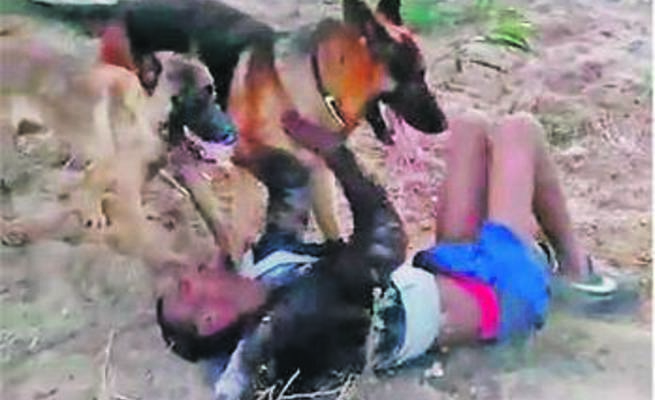 A VIDEO of a man being attacked by dogs has angered people, and they have labelled the attack barbaric.

He told Daily Sun the act of brutality against human beings is unacceptable.

“This is taking us back to the old times of apartheid. We want those involved in this terrible act to be arrested and face the consequences.”

The video from the Western Cape shows people setting dogs on a man lying on the ground. Voices are heard asking him about a blue bakkie and then instructing the dogs to finish him off.

The man was allegedly accused of stealing a vehicle last week.

Chief Khoisan SA said they are disturbed by the footage.

“It’s a brutal attack to set dogs on any human being. This will bring racial tension back to South Africa,” he said.

He said coloured people have been going through so much hardship. He said the perpetrators should be sent to jail.

“I can’t believe this is still happening. We’re still not seen as human beings.”

: “We’re not sure when it happened. We saw the video circulating on Friday evening.”No arrests have been made yet.