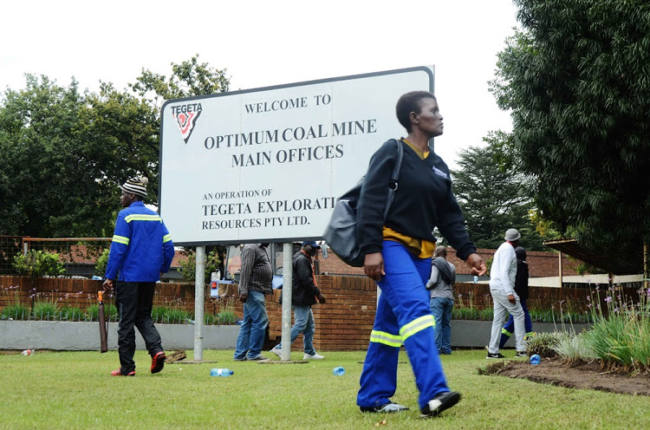 The South African Revenue Service has for the second time allowed a multi-million-rand VAT repayment claimed by a Gupta-owned business to be paid to a third party, court documents show.

Times Select has learned that, on April 11, SARS made a payment of R89-million, meant for Optimum Coal Mine, to a third party, a company named In House Wages.

The sole director of In House Wages, a business with an address in the Rustenburg suburb of Tlhabane West, is 34-year-old Ashvir Maharaj.

Contacted on Tuesday, Maharaj said he had limited knowledge of the company’s operations because he had only recently taken over as sole director. He said he had no idea why the money had been paid into his account.

This is the second time SARS has paid a Gupta-linked VAT claim to a third party.

The latest payment was made about a month after SARS commissioner Tom Moyane was suspended. President Cyril Ramaphosa cited the “management of VAT refunds” as one of the reasons for suspending Moyane. He has also announced plans for a judicial commission of inquiry into SARS matters.

According to the VAT act, SARS may not pay refunds to a third party unless they are linked to the claimant.

Optimum is one of eight Gupta businesses that were placed under business rescue proceedings in February. Maharaj, who is based in Johannesburg, was appointed as a director of the company two days after business rescue commenced.

The payment was however caught by business rescue practitioners, who immediately approached the Pretoria High Court on April 16 to have the funds, which had been paid into a Nedbank account belonging to In House Wages, frozen and diverted to the trust account of Smit Sewgoolam Attorneys.

The money has now been used by business rescue practitioners to boost operations at the mine.

Details of the payment were revealed in Optimum Coal Mine’s business rescue plan, published on Monday.

In their court application, one of the Optimum joint business rescue practitioners, Juanito Damons, states: “There was no lawful basis for the VAT refund to have been made to In House Wages, instead of to [Optimum].”

The court order, while directing that the funds be diverted back to Optimum, also instructed SARS to provide full details about the transaction, including who at SARS authorised the payment, changed the banking details of Optimum on internal SARS systems and motivated for the payment to be made to In House instead of Optimum.

According to Smit Sewgoolam, no official response from SARS had been handed to the firm despite the order only giving SARS until close of business on April 17.

“As you are aware it is a criminal offense for anyone to disclose or divulge information about any taxpayer’s affairs to the public? As a result, SARS cannot be seen to be contravening the law and thus cannot comment,” Memela said.

Damons, in court papers, said that while the business rescue practitioners had limited details about the transaction, it “bears a remarkable similarity with another Gupta-linked payment by SARS in respect of Oakbay investments”.

“The VAT refund was due and payable to Optimum. Pending an order to that effect, the business rescue practitioners have a real and well-founded fear that [the funds] will be spirited away if not preserved.”

Damons said he became aware of the matter after an employee in the finance department of Optimum pointed out that the funds had been paid into an unknown Nedbank account by SARS.

Maharaj meanwhile denied having ever met any member of the Gupta family or their associates, and said he had no knowledge of what the business of In House Wages was.

“I got no idea what’s happening on that company. I just took over as a director. I got no banking details, nothing,” he told Times Select on Tuesday afternoon.

“It wasn’t even a business opportunity for me. I was just asked would you like to be a director, and I was like okay, cool. I have got no ties with it. I just received the court order and the letter from Nedbank, that was it. I got no idea what’s happening in that account.”

He says he met some men who are involved in the company only once, and was not willing to immediately provide names or contact details for the person who approached him to become a director of In House.

“I actually have no knowledge of the company at all,” he said.

Victor Terblanche of the SA Institute of Tax Professionals, not speaking about this case in particular, said the VAT act only allows for repayments to be made to a third party if the company is not based in South Africa or has nominated a subsidiary to receive the VAT refunds.

"It may happen that a request is submitted by a subsidiary for the refund to be paid once-off to another subsidiary. Non-residents generally do not have SA bank accounts and are therefore allowed to use third party accounts which will be more long term."

According to court papers, In House is not linked to Optimum in any way.