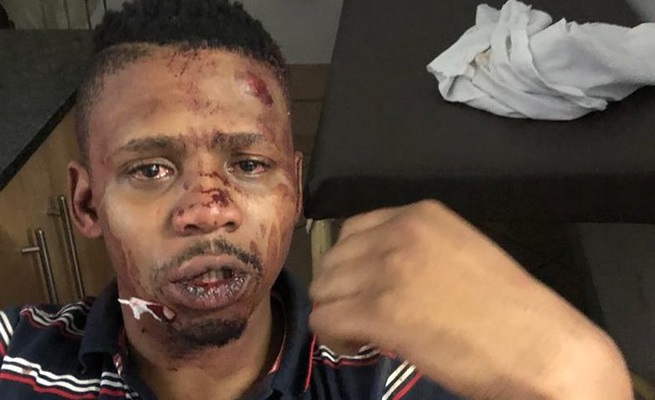 SABC TV and radio presenter Samora Mangesi says he stopped to help people whose car had broken down, but was allegedly called a "monkey" and beaten up instead.

“On Friday night I was the victim of a racially motivated attack. After stopping to check on a group of young white people whose car had overturned, they called my friends & I ‘monkeys’. When we engaged them on why we were being called such, they beat me up until I was unconscious,” Mangesi claimed in a Twitter thread on Wednesday.

“Even whilst I was being put in the ambulance, one of these guys tried to run my friend over with his bakkie and the paramedics had to intervene.”

Mangesi was knocked unconscious after he was allegedly kicked and punched, suffering injuries to his face, cuts inside his mouth and bruising along the left side of his body.

“Over the past couple of days I have toyed with the idea of letting it go and just continuing with my life, but apparently this is not the first time that this has happened to a black man in the West Rand, more especially around Wilropark.”

He added: “My friend’s neighbour who was driving past at the time and witnessed the whole thing says it has also happened to him … These incidences always seem so far removed until they happen to you.”

Mangesi said he has opened a case against his unknown attackers, armed with vehicle registration numbers, photos and videos.