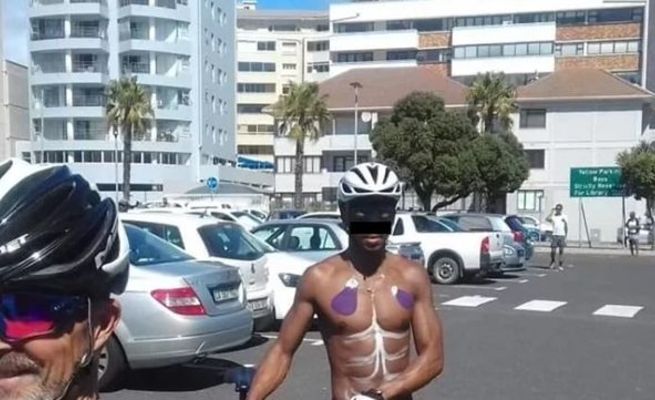 Mzansi women are determined to find him. They have not rested since the man was spotted at the Cape Town Naked Bike Run on Saturday. Some women took the search to social media, while others asked Daily Sun for help.

Lindelwa Mthembu (38) said she had not slept since she saw the man’s photo.

She said she even fantasised using his photo and all she wanted was one night with him.

“I really need this guy. I have already seen how gifted he is and my gut tells me he is good at poking,” said Lindelwa.

A 43-year-old woman said she was having trouble in her marriage and believed things would get back on track with the man’s help.

“This guy and I could have a sex agreement and everything would be okay.”

Lerato Moloto (25) told Daily Sun she was single and available. She said all she wanted was to lie on his chest.

“He looks like a sweet guy who wouldn’t waste my time. I just need to meet him.”

But it’s not only women who looking for the man. Sanele Kunene (28) called the People’s Paperand said he wanted to know the man’s sexuality so they could negotiate.

“I would not want to disrespect him. I just want to know if he is straight or not.”