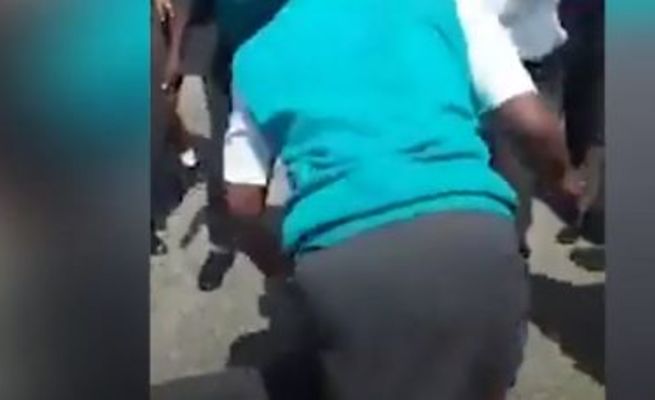 Bullying and violent behaviour of pupils in schools have come under the spotlight again with a video showing female pupils attacking a fellow pupil going viral on social media.

On Friday night, Gauteng education MEC Panyaza Lesufi shared a video on Facebook and Twitter showing a group of schoolgirls physically ganging up on and attacking another pupil.

"Another madness at a school @ Ekurhuleni. I’m there Monday morning. Someone will regret it," the MEC posted.

Gauteng education spokesperson Steve Mabona confirmed that the department was aware of the incident.

"The MEC will hold a media briefing tomorrow (Sunday) and he’ll talk about this issue there," Mabona said.

Mabona said the department condemned violence and that appropriate action would be taken against those implicated.

In the video, a group of girls are seen kicking, punching and pulling the victim and hurling insults at her as she lies helplessly on the ground.

Police have confirmed that five suspects between the ages of 14 and 15 have been arrested in connection with the assault of a schoolgirl caught on video.

According to Crystal Park police spokesperson Constable Alex Mokete the victim opened the case on Thursday – the day on which she was allegedly assaulted – and three suspects were arrested on the same day.

"The victim was accompanied by her mother when she came to open the case. A case of assault with intent to cause grievous bodily harm was opened," Mokete told TimesLIVE.

He said the victim had visible minor injuries on her head which the doctor had recorded in the medical report handed to police.

"The other two suspects were arrested on Friday and all of the suspects appeared in court on Friday and have since been released into in the custody of their parents," Mokete said.