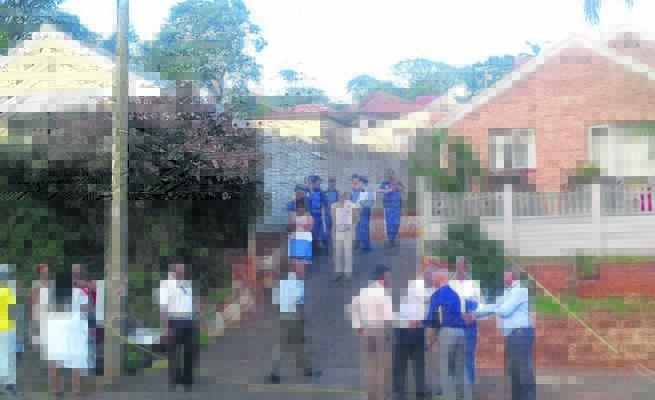 RELATIVES of the family members found dead in their home in Montclair, Durban, are confused.

The bodies of Sandile Mkhize (40), a court interpreter, his magistrate wife Bongekile Tenza, and their three children Fezeka (17), Thabiso (13) and Khwezi (9) were found in their house on Wednesday.

Daily Sun spoke to relative Jabulani Mncwabe, who said: “Security found them dead in the bathroom and contacted the cops. We don’t know what happened.”

He said neighbours told them they heard gunshots on Tuesday evening.

“I think that was when the shooting took place. We don’t know who fired the shots,” he said.

“Five bodies were found with gunshot wounds. A firearm was found in the house,” said Zwane.

“Circumstances surrounding the incident are being investigated.”

The department of justice.

“Tenza joined the judiciary in July 2008 and was permanently appointed as a magistrate on 1 August 2016.

“She was well respected for her professionalism.

“The department tenders its heartfelt condolences to the family.”