Home General News Shocking video of KZN gogo being waterboarded under a tap by her... 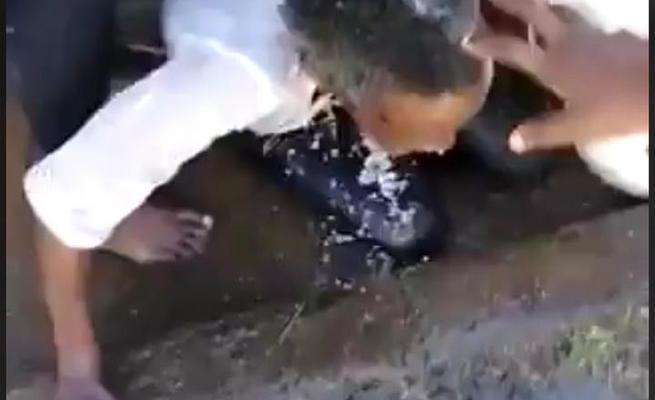 The shocking abuse of a 63-year-old gogo in KwaZulu-Natal – who was essentially waterboarded under a tap at a rural homestead – has resulted in calls for her 31-year-old relative to be arrested.

In the video, the woman can be seen being pushed, screamed at, and then shoved under a cold water tap by the younger relative. The incident took place in Sobantu, outside Pietermaritzburg. It is unknown when the abuse happened, but the videos and pictures started surfacing on Thursday this week.

TimesLIVE has chosen not to publish the video.

The grandmother has been taken into the care of the KZN social development department – a feat for which the social worker, operating on very limited information, was praised for.

"I am very proud of our ward social worker, who had to work with very little information, to trace the gogo. He helped her open a criminal case and worked late into the night on Friday to ensure that the older woman sleeps in a safe environment," said social development MEC Weziwe Thusi.

She also called for the speedy arrest of the 31-year-old woman in the video.

"Social workers investigated the incident of Friday and assisted the older woman to open a case of emotional abuse and assault. The grandmother was then removed and placed in a residential facility for older persons," the department said in a statement.

Thusi added: “I could not believe my eyes when I saw that disturbing video. I don’t understand what possesses a young person to commit such an act of cruelty against a helpless older person.

"Older persons have paid their dues to society, they lived through the worst period in our country’s history, endured untold suffering and still raised their families. It’s now their time to rest and enjoy the fruits of their hard work. All they need from young people is care, love and respect and not abuse."

She called on police to speedily investigate the incident.

"I wish to personally thank the person who recorded the video because they have made it easier for the police. Without the video, the investigation would probably take longer and I hope the police will make an arrest soon.

"I also wish to thank those who used social media constructively to free the older woman from abuse. This matter is now in the hands of the police and I hope they will use this case as a deterrent and show others committing similar crimes that the abuse of older persons will not be tolerated," she added.