Home General News Meet the Durban woman who is married for 16 years to a... 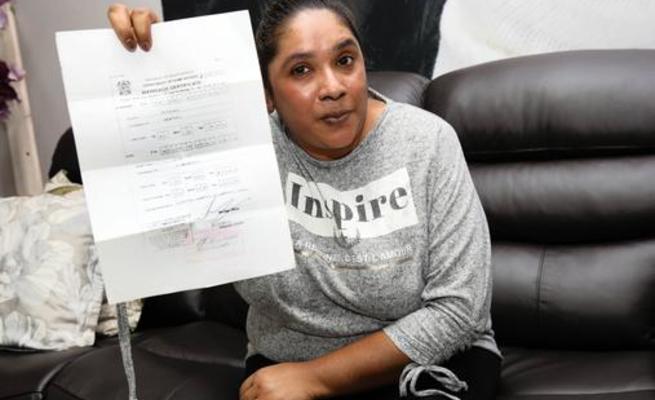 Durban – Kubashni Chetty has been married for over 16 years to a man she has not met, and the Department of Home Affairs has not rectified the matter since 2005.

Chetty, 37, has been living most of her adult life as the victim of an illegal marriage and she is worried she might never reclaim her identity.

“I just do not know what to do anymore. This has been weighing heavily on me for 16 years, and it has got to the point where I do not know where to go,” she said.

When asked how it is possible for someone to be married without their consent, Mncwabe said: “All cases are different. There are some instances where people claim they did not know they were married, but after investigations we find out they were paid.”

Chetty said the illegal marriage was affecting her ability to get a home loan.

“The bank cannot consider my husband’s and my joint income since we are not married,” she said.

The mother of two said she also worried about her children if anything were to happen to her.

“I have insurance policies and were anything to happen to me, I am not sure whether my family would get a payout with all this confusion,” she said.

In 2013, the Daily News reported on Chetty’s plight, and six years later her situation has not changed.

“After that article I got a lot of calls. A man by the name of Dlamini from Umgeni Home Affairs came to my place of work, took my details and he drove me to the office to have my prints taken,” she said.

She signed documents, which Dlamini took and said he would forward to the relevant authorities.

“Last I heard from him, my papers were at the main office in Pretoria.”Chetty said she lost all hope three years ago when she called the Pretoria office and was told they had lost all her details when the systems were upgraded.

Dlamini was the office manager at the Umgeni office and has since been replaced by Mbongiseni Magagula.

Magagula said he could not comment on matters that preceded his term in office, but agreed to meet her today.

Chetty married her husband Heston Ankiah in 2003. When they lost their marriage certificate in 2005 and went to apply for a new one, Chetty was told she was married to an “Ahmed”. She also discovered her marriage to Ankiah was never registered on the Home Affairs database.

“Every time I go to the bank or a retailer, the system picks up my surname as Ahmed,” said Chetty.

She said she had never lost her identity document, but had applied for it twice during her matric year.