Home General News WATCH: Video of a school kid being stabbed and robbed by four... 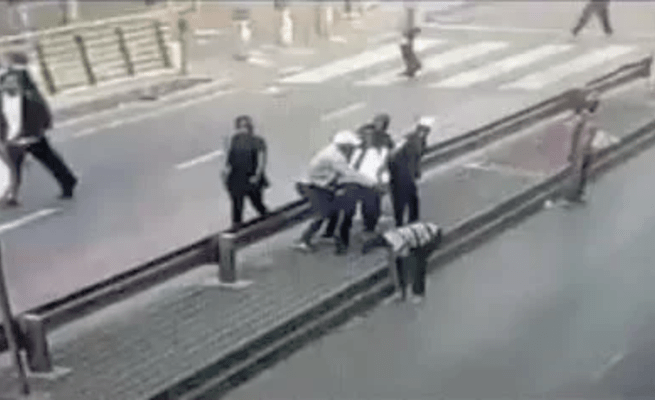 The police are monitoring the streets of Johannesburg following several violent street robberies.

In one incident, four men stabbed a school boy on the corner of Bok and Twist streets on Thursday morning.

The suspects are seen in a graphic video, which has since gone viral, stabbing the boy multiple times while they rob him. They then walk away while bystanders watch and just walk by.

Hillbrow police spokesperson Sergeant Mduduzi Zondo told News24 that officers had responded to the scene and had been informed that the victim had stood up and left following the incident.

"Eyewitnesses told the cops that the victim woke up and went in the direction of MTN taxi rank," Zondo said. Zondo said they were urging the victim to report the incident, as they viewed it as serious.

He said the police had been informed of cases of violent robberies in the area. He said the incidents were said to occur in the mornings and afternoons.

"We are aware of that area as a hot spot and we will continue to deploy our members during peak hours, like early in the morning and afternoon, in the area," he said.

In other videos that have been widely shared on social media, what looks like the same group is seen attacking various people around the area.

SENSETIVE CONTENT: JHB is soo unsafe, only because even if you are attacked by criminals, no one cares.😢

School boy being stabbed multiple times by criminals who walks free as if the have done nothing. pic.twitter.com/5nq7D3ld9W