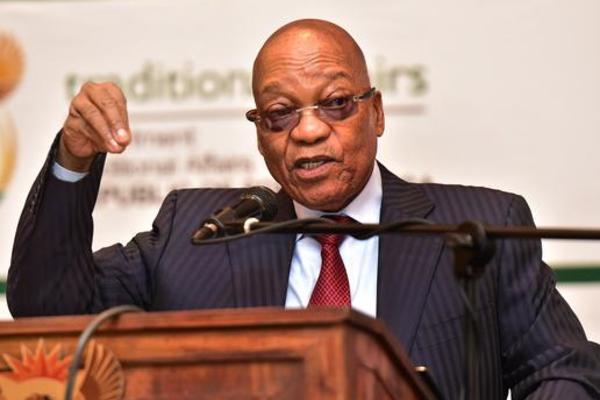 Former president Jacob Zuma is going to decline the nomination that would have seen him go back to parliament after the May elections.

The meeting was to finalise the list of party members that will represent the ANC in the National Assembly as well as in the provincial legislatures.


Zuma shared the same spot on the list with Phatekile Holomisa and those at the meeting said Zuma’s name was scratched out and was replaced with that of Holomisa.

Sowetan could, however, not establish how high or low this spot was. According to at least two ANC leaders who were at the meeting, Magashule said: “Comrade Zuma will not accept but he still has to decline nomination at a personal level.”

The ANC leaders that made it to the list had to fill vetting forms that included questions such as how many houses they possessed, their source of income and if they were in government, they earned extra income, and if they had ever been accused of corruption.

Sowetan understands some on the list had not filled the forms and were given until the end of the week to submit or be taken off the list.

“We cannot hide behind ‘innocent until proven guilty by the court of law’. Those implicated in the public may have to go,” the source said.

Some of those who feature high on the ANC list are implicated in corrupt activities.

Former home affairs minister Malusi Gigaba, who resigned from government following the Constitutional Court’s decision to reject his application for leave to appeal a high court ruling that found he lied under oath in the Fireblade Aviation matter, defended why he had to resign from cabinet and parliament.

He told those at the special NEC meeting that the people still wanted him to go back to parliament and he did not resign because he was guilty but because he had to consider his pension fund in case he was removed from cabinet and became an ordinary MP.

The other issues discussed included how the ANC headquarters in Johannesburg would be capacitated after the elections because most of the leaders working at Luthuli House featured on the list to parliament. It was also agreed that 20% of the lists should be young people, not only ANC Youth League members but other youth leaders from fraternal organisations like the Fees Must Fall movement.

ANCYL president Collen Maine did not say much at the meeting but previous league leaders such as Nyami Booi and Lulu Johnson are ranked very low on the list.

By the time of going to print Gigaba and the ANC could not be reached for comment. But ANC acting spokesperson Dakota Legoete acknowledged receiving the questions.

He said he was still consulting and would respond as soon as possible.