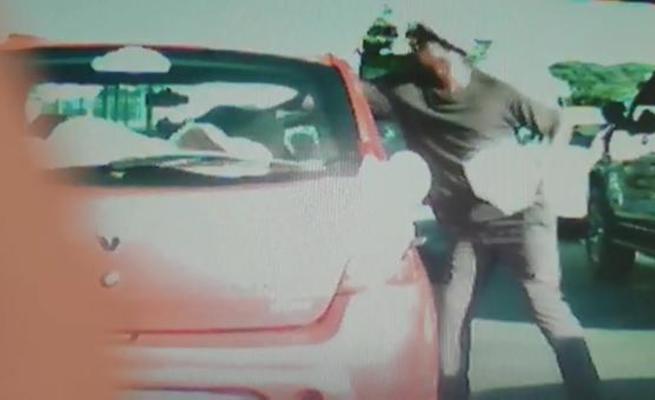 Durban – An unknown man stole a wig off the head of an unsuspecting motorist who had her window rolled down while in peak hour traffic on Tuesday afternoon.

The incident took place on the M4 bridge.

Charlene Cross, the motorist who was behind her, recorded the incident on her dash cam.

“I was on my way home, I go through the Warwick market to join the M4, that area is unfortunately absolutely inundated with homeless people, they sleep under the bridge and hang around the robots looking for opportunities to commit crime,” Cross said.

She said a police officer apparently did jump out the vehicle and tried to chase this guy but he got away, her friend was two cars behind her and her friend’s dash cam also caught the thief being chased by the police officer.

She also said on the same bridge she witnessed a man smash the passengers side window of a vehicle and snatched a woman’s cellphone.

Nombeko Madiba, was the woman who had her long wig snatched from her head, said she does not care about the wig.

“The wig is not the problem but the car and me,” Madiba said. “I don’t know what happened but my car’s sun protector is broken and my head hurts, so I need to go to the doctor soon.”

She said she was on her way from work when she stopped at the robot, no one was there and she did not see where the thief came from.

She also said she travels on that route everyday and there used to be security guards there but they were removed.

“You could easily get hurt because of the vagrants and I was scared because I thought I had been stabbed or something,” she said.

She said she hopes people would be aware of the crime and hopes it does not happen to anyone else.

Madiba was grateful that Cross followed her and made sure she was okay after the theft.