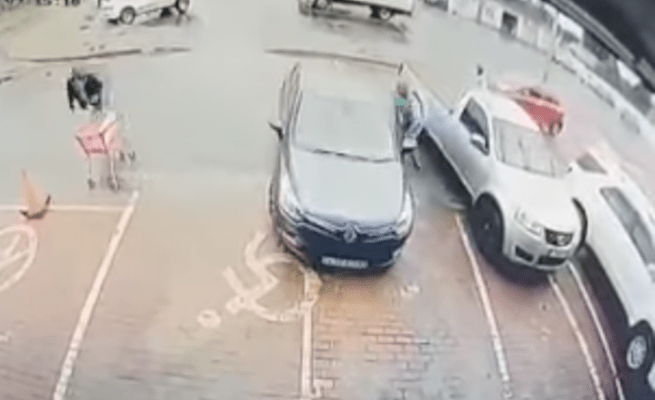 A video of man a who managed to stop thieves from stealing his bakkie has surfaced on social media.

The bakkie owner stopped the thugs just as they were reversing from a parking lot at a shopping centre.

In a video, a grey Renault Clio can be seen parking next to the bakkie and one of the thugs getting out in the passenger’s door.

He then fiddles with the bakkie door handle, and manages to open it.

As he tries to reverse from the parking lot, a man is seen running towards the bakkie and the tsotsi quickly gets out of the bakkie.

Following that the tsotsi rushes into the grey Clio and they drive away leaving the bakkie behind.

The incident reportedly occurred at a shopping centre in Casseldale in Springs on Saturday.