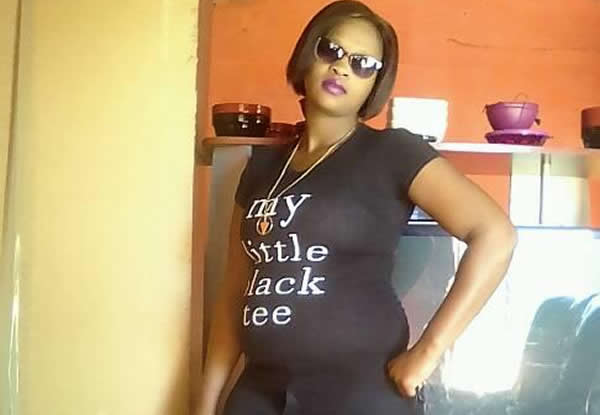 WHEN police found blood in the car of Xolelwa Skweyiya’s alleged killer, he claimed the blood belonged to his dog.

It was only after forensic tests confirmed the blood belonged to her that Shaun van Schalkwyk, a white man she was last seen leaving a jazz club with in Carletonville on April 11, was arrested.

Skweyiya was raped, stabbed in the neck and left to die. She was found on the side of the road the next morning, still alive and begging for help, by a passer-by who called an ambulance.

She later died, but her family said it took days before they were informed as she had no identification on her.

Her aunt Thoko Booysen said the police went around the community with her picture, asking people if they knew her. The community led them to her boyfriend who then told the family.

While the community of the small mining town was still in shock at the rape and murder of the 32-year-old mother of four, the hunt for her other killers led to the death of a mall security guard when police tried to arrest them at West Rand Mall on Friday.

Capt Mavela Masondo said the police were following a lead that the other men involved in the rape and murder were at the mall. When they confronted them, a shoot-out ensued.

“The police managed to arrest a second suspect who is believed to have been involved in the murder. One suspect was injured in the process, another suspect was arrested while the other three suspects managed to run away. The investigation is still ongoing and the escaped suspects are being sought,” he said.

He said a security officer stationed at the mall died during the shoot-out while a woman was hit by a stray bullet and taken to hospital for medical attention.

Van Schalkwyk appeared in the Carletonville Magistrate’s Court and was released on R15 000 bail last week.

Booysen yesterday told The New Age that it was painful to learn their daughter was killed and left in the veld to die.

“According to information that we got, a nurse who was going home from work with her husband passed her while she was still alive and calling for help, they called an ambulance but did not help her, they left her just like that. It is painful,” she said.

She said the police did not come to their home to inform them.

“Last week Saturday, Xoli’s boyfriend told us she was killed. We were in shock as we were never officially told,” the aunt said.

“Xoli was last seen on Wednesday leaving the jazz bar. She did not return home that night and the boyfriend said he last saw her that day. The footage at the bar shows a white man leaving with her,” she said.

“It is painful that the man claimed the blood found in his bakkie was that of his dog. It means he was not going to reveal the truth if the forensics did not test the blood. When we went to identify her body we realised that she was stabbed in the neck. It is painful that she died in such a way,” the aunt said.

Booysens said that she and the deceased’s mother attended the court case and seeing the accused made them angry and fuelled their pain at losing their child. The family described Xolelwa as a bubbly person who loved to have a nice time. She left her four children behind and the youngest child is just four months old.

Skweyiya will be buried this Friday in the Eastern Cape.

Community Safety MEC Sizakele Nkosi-Malobane expressed concern following the shoot-out between the suspects and police at the East Rand Mall. “Central to our commitment to create a safe environment for our citizens in the province is the maintenance of law and order.

“I condemn in strong harshest terms the acts of criminality creeping into the Ekurhuleni policing precinct. In just a week, we have witnessed two violent incidents in Tsakane and at the East Rand Mall,” Nkosi-Malobane said.

“I call upon law enforcement agencies to continue working hard to create safer communities in which every citizen walks the streets of Gauteng freely without any fear of crime,” she said.

Van Schalkwyk will appear in court again on May 16.