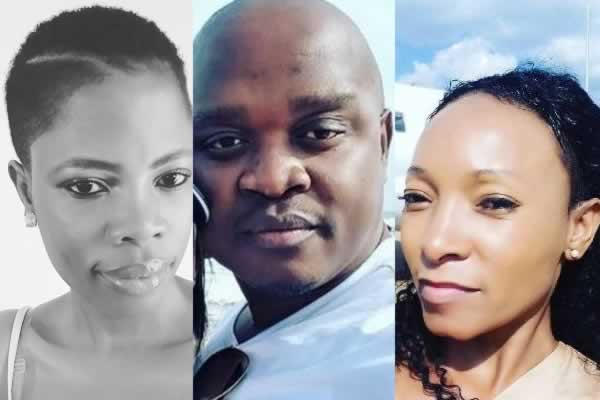 This time, it has nothing to do with women, but two pairs of sneakers and perfume.

“It was on 1 April, when we were out partying somewhere on Rivonia Boulevard, in Sandton, Joburg.

“I heard stories about Nico stealing and being sketchy. When I went outside to check on my car, Nico was there holding my pair of black Jordan sneakers. I thought he would put them back, so I went back inside,” said Serge.

He said they then moved from that spot and went to another venue. “We had organised a private party, but he didn’t want to come in. So, I let him leave.”

Serge told the SunTeam he didn’t think Nico could steal from him because they were more like family than good friends.

“When I woke up in the morning, I got an inkling to go check for my stuff in the boot of my car,” Serge said.

“When I opened it, I saw that my LV bag was gone, and in it were two pairs of Unlimited Jordan sneakers (each cost R15,000), my Chanel and New York perfume was also gone.

The blesser said when he confronted Nico, he was told not to worry because Nico thought he knew who took his belongings.

“He blamed some girl he had introduced me to. I told him it doesn’t make sense and that he should return my stuff or else I’d open a case against him.”

Sandton police captain Granville Meyer said: “I can confirm that a case has been opened. It is alleged that the complainant gave his car keys to his friend at a party.

The complainant then discovered at home that the items were stolen.”

Nico said: “I dont want to talk about Serge. I know how he operates. He is captured.”