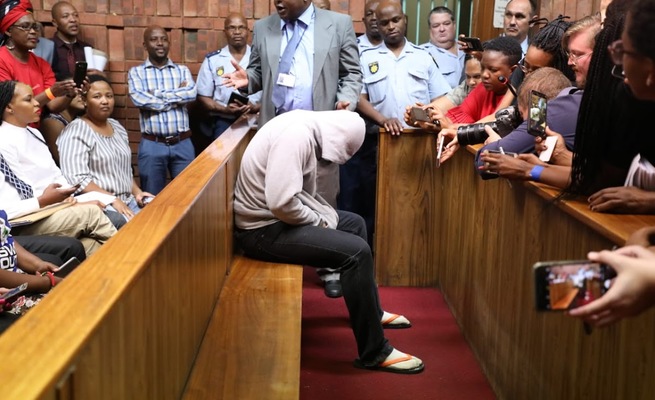 A 40-year-old man linked to the man accused of raping a 7-year-old girl in the bathroom of a Dros restaurant in Pretoria, has killed himself.

It is believed that the man was the boyfriend of the accused's mother and that he killed himself on Wednesday.

Police spokesperson Captain Coba Brits said the man hanged himself at the home which he shared with the accused's mother. Brits said police opened an inquest docket at the Silverton police station.

The accused, who cannot be named until he has pleaded to the charges, was evaluated by a team of four experts, including psychiatrists and a clinical psychologist, in terms of a 2018 court order.

The evaluation also determined the mental capacity of the accused and whether he could be held accountable.

During a previous court appearance, defence lawyer Riaan du Plessis told the court that there was a need to explore the mental state of his client at the time of the alleged incident.

He added that the accused had been diagnosed with bipolar disorder in 2013, and had been using drugs since he was 14 years old.

It was put on record that the accused previously underwent rehabilitation for substance abuse. "He also tried to commit suicide because of the severe depression of having bipolar," said Du Plessis.

Previously, News24 revealed that the substance found on the accused at the time of his arrest had tested positive for CAT, and the charge sheet was changed to reflect this.

The accused is expected to appear in court again on March 5.