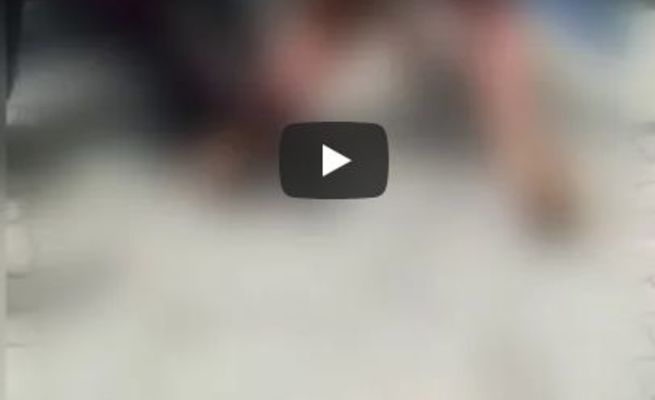 HE WAS beaten and stripped naked for allegedly robbing someone at an ATM.

A video of an alleged card scammer being beaten up has surfaced on social media.

The video was shared by Man’s Not Barry Roux on Twitter.

In the video, a group of people are seen beating up a naked man accused of card skimming.

It is not yet clear where and and when the incident occurred.