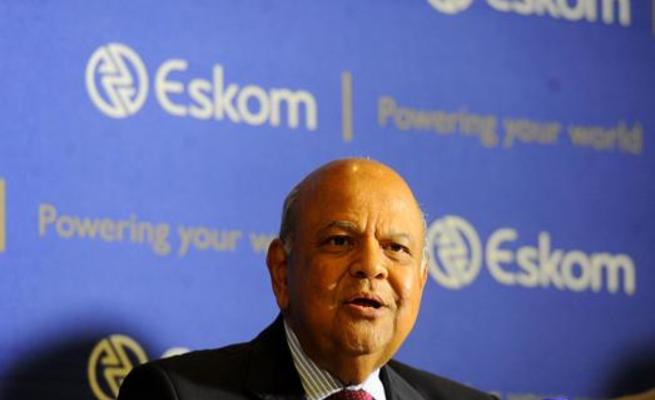 The utility is technically insolvent and it’s likely only a bailout will be able to save it.

A document released by the department of public enterprises states that Eskom is now technically insolvent, and will “cease to exist at [the] current trajectory by April 2019”.

According to eNCA’s Annika Larsen, who tweeted a page of the document, a bailout during Tito Mboweni’s upcoming budget speech may be the only solution.

The document lists Eskom’s debt as currently constituting 15% of South Africa’s sovereign debt, or the amount of money our government has borrowed.

It adds that the revenue generated by the utility does not cover its operational and debt servicing costs.

The document further states that debt owed to the municipality, particularly in Soweto, currently sits at R28 billion and is growing at a rate of R1 billion per month.

#BREAKING: dept of Public Enterprises says Eskom is technically insolvent and will cease to exist at current trajectory by April 2019. ( However please note that Treasury will in all likehood bail it out in Budget speech next week) @enca ##ESKOM

#BREAKING : DPE says Eskom will cease to exist at current trajectory by April 2019. #Eskom @eNCA . (Ed: Finance MinisterTito Mboweni now has no choice but to bail it out again) pic.twitter.com/kxDUlDbFnQ

The department has also announced that open gas turbines will be needed to keep the lights on while planned maintenance takes place in the coming months in order to restore our power-producing capabilities.

These turbines will be needed until at least March.

Stage 3 load shedding will see 3,000MW cut from the national grid from 6am until 9pm on Wednesday, the utility announced.

The shortage was a result of a number of generating units that are out of service due to breakdowns, Eskom said.

“Our maintenance teams continue to work hard and through the night to bring units back online. Four units totalling 1,675MW were returned [on Tuesday] and we expect an additional 600MW to return to service [on Wednesday],” the utility said in a statement on Tuesday night.

“Despite the return of these generating units as planned and some replenishment of diesel supplies, the water and diesel emergency reserves are still very low and we remain concerned about the risk to our operations as a result of Wednesday’s planned national strike action by [Congress of South African Trade Unions] Cosatu.”

On Tuesday, the labour federation called for a national shutdown in eight provinces. It called on workers to stay at home on Wednesday and not go to work while others would picket countrywide.

Eskom said it would activate contingency plans for Wednesday.

“We have activated contingency measures in the event that employees participate in the strike action and should there be further impact on our operations. However, it is important to note that in terms of Section 77(1) of the Labour Relations Act, only employees who are not engaged in an essential service or a maintenance service have the right to participate in the strike action.”