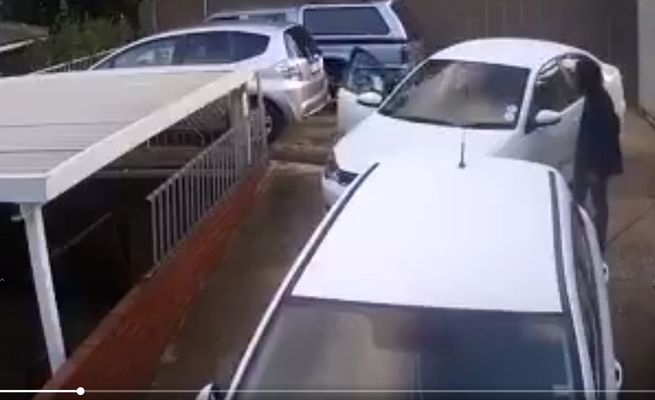 A video of two thugs stealing a Volkswagen Polo Vivo that’s parked in a yard has surfaced on social media.

In the video, the two men can be seen breaking into the Polo Vivo and then opening the bonnet of the car, while relaxed as if they are not doing anything illegal.

After they open the bonnet, one of the thugs fiddles with something on the car.

A minute or so later, they forcefully open the gate and drive away with the car.

They reportedly used a Toyota Etios as a getaway car, it is not clear where and when the incident happened.