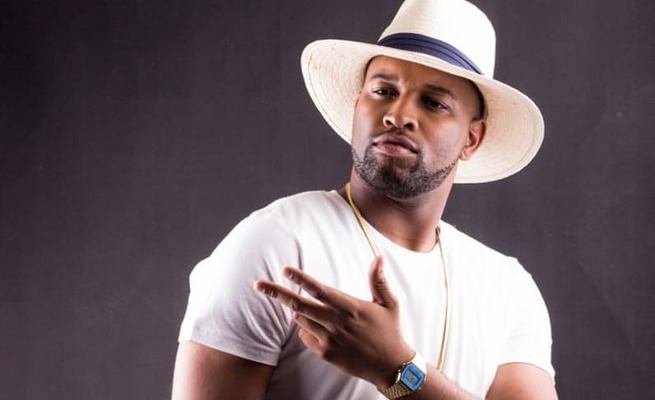 It was supposed to be his big break. After short stints on a string of TV shows he’d finally landed a plum leading role in e.tv’s new drama series.

He didn’t imagine speaking his mother tongue on Imbewu: The Seed would turn him into the laughing stock of the nation – or that his identity as a proud Zulu man would be questioned.

Xolani Mfeka was overjoyed when he was cast as Nganono Bhengu, the eldest son of oil tycoon Zimele Bhengu. He couldn’t wait to step on the set and learn from legendary Leleti Khumalo, who plays his mother on the show.

To prepare for his big role the 26-yearold actor spent time at the Durban head office of a large oil corporation to better understand business operations.

Like Andre, Nganono was his father’s second-in-command and was being groomed to take over the family business but Xolani’s excitement of bringing Nganono to life was short-lived – the actor was recently fired.

He was stunned when Imbewu’s producers told him his character would be killed off. He’s still reeling from the shock. “I don’t know how I feel,” he tells DRUM.

The actor, who was born in Amanzimtoti, came in for a tongue lashing on Twitter soon after the show’s debut in February.

“He can’t act, he’s like a statue controlled with a remote,” one social-media user wrote. “He’s Zulu, attended predominantly white schools – even at his crib they spoke English. He lost his identity,” another said.

He’s hurt by some of the comments but Xolani is taking the criticism in his stride. “When you start out not everyone is happy for you. These things happen,” he says matter-of-factly.

“We’re all facing negativity and you don’t have to take everything to heart.”

He didn’t mean to offend anyone with his acting but “I don’t doubt for a second I can speak my mother tongue. This language lives in me,” he says.

The experience taught him to be tenacious and true to himself, Xolani says. “You can’t let one scar define you for the rest of your life. It’s hard right now but why give up the burning power just because there was a misunderstanding with the people you worked with?”

He’s not the first actor to be axed from Imbewu since it started airing seven months ago. Mpumelelo Bhulose, who played Nganono’s father Zimele, was sacked after he allegedly failed to pitch at work for three consecutive weeks without any explanation.

But Xolani believes his career with the show was cut short due to creative differences. The actor, who has had minor roles in Generations: The Legacy, Zabalaza and Gauteng Maboneng, believes his character would’ve grown into a fan favourite had the producers of Imbewu given him more freedom to interpret the role.

He says they were looking for a guy who was well-travelled and well-spoken in English to play Nganono. Xolani, who was raised by his mother, Thembelihle Mfeka (42), and his grandmother, Thokozani Mfeka (67), matriculated from Durban High School.

He’d joined Star Quality, an artist management agency and acting academy, soon after graduating from Damelin with a sound engineering diploma and thought he was perfect for the role. He auditioned in his mother tongue in October last year using a script written in isiZulu.

“During the auditions we were told we can play the character the best way possible and we can be multilingual – we could speak isiZulu and English, it was fine,” he recalls.

He nailed the audition but Xolani was surprised to see Zulu coordinators overseeing the authenticity of the language usage on the show on his first day on set.

“We were never told about that,” he claims. He also didn’t agree with their need for more formal language. “I didn’t see the reason for it,” he reveals. “
This is a story from Umlazi, why are we using words that won’t be relatable to the youth? Even people who are more eloquent than I am won’t speak isiZulu that way.”

He insists he can speak impeccable isiZulu without the use of the Northern KZN dialect. His views caused him to butt heads with the production coordinators.
Xolani had researched his character and knew exactly how he wanted to portray the savvy eldest son “but the Zulu coordinators tell you, you have to play the character like a Zulu person”, Xolani says.

“I don’t care whether I’m new in the acting industry but when the guy is cocky and a geek I have to play him like that, but they said no, they don’t do things like that here. It becomes a problem when people influence you on how the role should be played,” he says.

Xolani wasn’t the only actor who was coached by the Zulu coordinators. He claims they did the same with Tony Kgoroge, who replaced Mpumelelo “but he’s been in the game for longer so he’s able to tell them how he thinks he should play the character, and nothing happens to him”.

It’s a different case for younger actors, he says, who are “told to obey the rules even though those rules are letting us down”.

He also feels let down by the production team’s handling of the public onslaught. “They claimed I can’t act because I want to play the role my way. I really think it was a dragon’s den, it was every man for himself.”

Despite repeated requests by DRUM for comment, Imbewu’s producers declined to discuss the matter. Xolani isn’t giving up on his dream of becoming a much-loved TV star.

“At the end of the day you learn and you grow. That’s life,” he says.

He has no intention of throwing the towel in just yet – no matter what people say. “If I quit, it will mean I’m weak.”