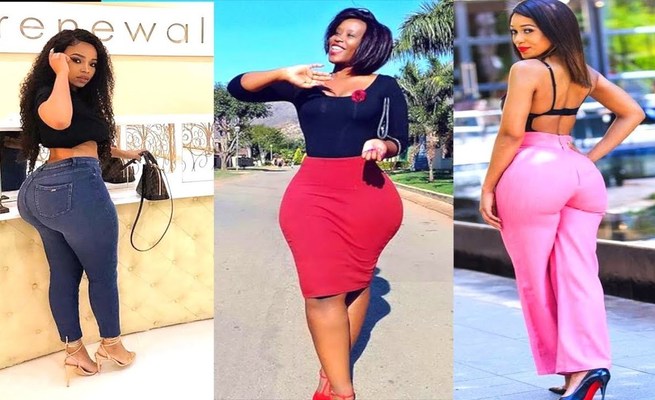 Today I am throwing a curve ball at you and doing a list of curvy South African celebrities. We are going to take a long deep look at the hour glass shape of our celebrities. Like that saying says “a curve a day keeps the doctor away.”

Here are the: 10 Most Curvy South African Celebrities

Or Minenhle Jones is a South African on-air personality, actress and model.

Moitheri Pheto is a South African actress best known for her leading role as Miriam in the 2005 Oscar-winning feature film Tsotsi.

Tango Ncetezo is an actress best known for her role as Lindiwe in the second season of the SABC1 drama series A Place Called Home.

She is a presenter, Actress, Musician, Voice-Over artist and an MC. She did lose some weight in pursuit of being healthy and fit. Luckly the curves have remained in place.

She is a brand ambassador and an actress who is best known for her role as Thandeka on Mzansi Magic’s Isibaya.

She is one of the most loved actresses on our TV screens. She is still one of the hottest celebrities in Mzansi.

She is popularly known as “Boity.” She is a South African actress and TV presenter known for her role as Mpho Bogatsu on Mzansi Magic’s Rockville and presenting e.tv’s music show Club 808

She is also known as Queen Twerk. What more can we say? Besides that in terms of curves she is well rounded.