Home Entertainment PICS: Useless And Ridiculously Expensive Things Celebrities Buy For Each Other 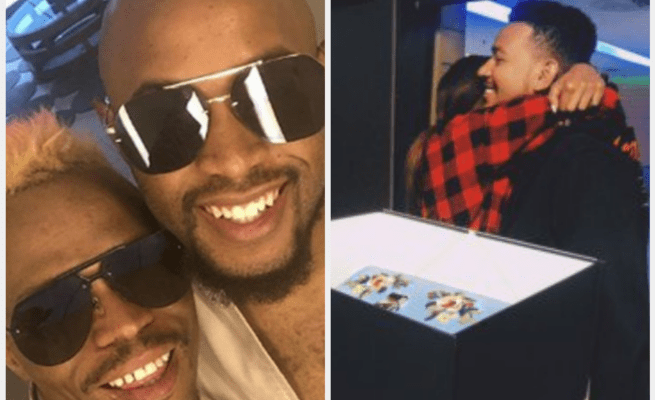 It’s almost Valentine’s Day which means that scores of couples will be going all out to treat their partners
But when it comes to spoiling your significant other, nobody does it better than celebrities in love.

They don’t just spoil their lovers during the “month of love” but all year round – that’s if the relationship lasts that long!

No expense is spared when it comes to their declaration of love.

Stars are known for their love of luxury cars, but they don’t just buy themselves expensive vehicles but their spouses as well. Connie Ferguson came home one ordinary day in 2016 to find that her husband Shona had bought her a new Mercedes.

LeAnne Dlamini’s husband Sipho also surprised her was a fancy Range Rover. But DJ Black Coffee takes the cake. He bought his wife an expensive two-door sports car with a droptop.

Celebrities work hard and they play hard. They like treating themselves and their spouses to five-star trips overseas.

Take AKA and Bonang’s R100 000 vacation to Phuket, Thailand in 2017. Supa Mega pulled out all the stops to ensure that they were treated like kings and queens. Their return-business call tickets cost R60k alone!

They’re not the only celebrity couples who spoil each other with trips abroad. Amanda du-Pont and Shawn Rodrigues, Nandi Madida and Zakes Bantwini and Dineo Moeketsi and Solo are just a few Mzansi stars who love to travel together.

Soccer star Andile Jali made headlines in 2015 when he bought his partner Nonhle Ndala a R16 687 Philipp Plein bag for her birthday.

AKA also splashed out on designer bags for his ex-girlfriend Bonang Matheba. He bought Queen B at least two Gucci bags during their time together. One of the bags cost a cool R46 000.

Linda Mtoba’s man won ‘Boyfriend of the Year’ when he bought her tickets to watch Beyoncé live in concert in Paris, France.

The couple are frequent travellers. They have also been to the Netherlands and Italy.

Somizi Mhlongo is known for his flamboyant lifestyle and his love of all things Louis Vuitton. From luggage, shoes, towels, bags and belts, Somizi has it all. So it comes as no surprise that the Idols SA Judge would spoil the love of his life will Louis Vuitton gifts.

He also takes his fiancé on expensive shopping sprees locally and abroad!