Home Entertainment MUST SEE: 10 South African celebs you didn't know have a twin 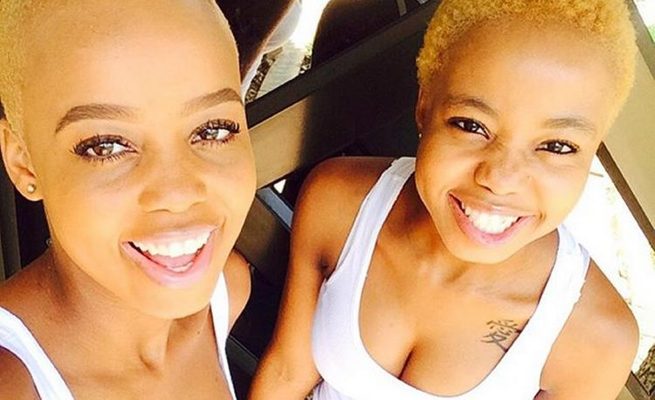 THEY SAY TWINS ARE FAMOUS FOR SHARING A CLOSER RELATIONSHIP THAN OTHER SIBLINGS.

It is believed that twins have the strongest bond because their connection begins in the womb.

Let's take a look at some of Mzansi's celebrity twins you probably did not know that they come in pairs:

Andrew and Brian Chaplin, singer-songwriters, producers and musicians are well known for their hit single "Sun in my pocket." The Locnville twins are also guitarists, drummers and business entrepreneurs.

The Masina twins are both radio DJ'S and TV presenters, they had a popular show on YFM and a reality show on Etv.

Joseph and George Mothiba, the revolutionary brothers are identical twins from Alex. They started as dancers for a local house DJ in the mid 90's but today they are making music together.

Bandile and Banele Mbere, the hip hop DJ's known as The Major League are one of the South Africa's famous twins that are in the same career.

Darren and Ryan Rigley are both into music as they are one of South African popular club DJ's.

SA's famous models Charlie and Alex Kotze who are also into working together with their dad on a grape and vegetable farm.

Some celebrities are not equally famous but they also have a twin:

Kia Ntshole is a Diski Diva star, with a her twin sister.

The Spaumer twins have been dominated the Afrikaans entertainment scene. Now, Marco is a leading man as Tim Plooy in the kykNET soap opera Suidooster. While his brother has moved behind the scenes as a writer for the show.