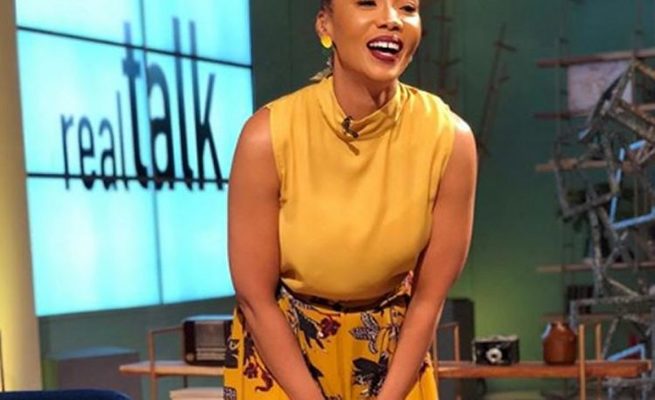 The writing has been on the wall for some time, but it looks as if SABC 3 talkshow, Real Talk has reached the end of its time after four entertaining seasons.

Real Talk, which began with Anele Mdoda as its host before Azania Mosaka took over, looked set to be the replacement for Noeleen Maholwana Sanqu's longstanding daytime talk show, 3 Talk.

Ever since the TV veteran left SABC 3, there has been a giant, talk-show-sized hole in the channel's roster and when Real Talk with Anele Mdoda first emerged, it looked as if we had finally found Noeleen's successor.

Anele held it down well on the show before she made way for Azania, who brought her own unique brand of presenting to the channel, but despite the best efforts of the show, this statement on Wednesday confirmed that Real Talk would be axed by the SABC.

A statement was released this week, which read, in part:

"The South African Broadcasting Corporation (SABC) would like to announce that SABC 3’s talk show programme ‘Real Talk’ will not be returning for a fifth season when the current episodes of ‘Real Talk’, which are repeat episodes conclude."

MEDIA STATEMENT | The SABC would like to announce that SABC 3’s talk show programme ‘Real Talk’ will not be returning for a 5th season, when the current episodes of ‘Real Talk’, which are repeat episodes conclude.

The news has been greeted with a great deal of sadness from all quarters, especially viewers who were holding onto hope that the show might somehow survive.

While others are still insisting that the channel brings back Noeleen:

But before we all act surprised, the news was mentioned by Azania last year. The radio and TV personality told Trending SA in October:

Do you think we will see another talk show take its place in the near future?