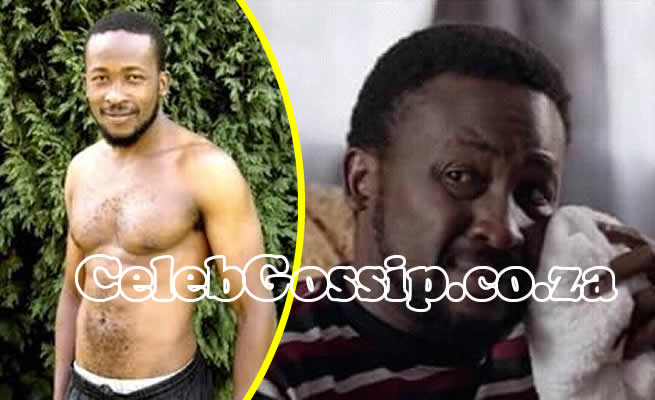 The internet had Magongwa on its hit list this week after the man went on a rant about work and how hard life is.

The man who once confessed to stealing the principal's job in front of the principal was angry at being demoted and taken for a disciplinary hearing.

He ranted to his missus on Wednesday night's episode and fans could hardly believe that he had finally "grown a spine" and was looking out for himself.

But they also thought he was being a tad dramatic and needed to cool down before he hurt himself, especially since it was he who started with all this dodgy business.

Ai. Viewers were ready to cancel him like a pay TV subscription.

Magongwa is acting like everyone is against him nje for no reason… He started all this crap. Can't he be a man and accept his part in his own misery. #SkeemSaam pic.twitter.com/tOc19wMYKD

Magongwa is such a cry baby. His wife always has to keep feeding him everything, from what he must feel to what he must do.#SkeemSaam pic.twitter.com/bQXuUgmV7t

#SkeemSaam Magongwa said it himself, "those teachers will get over it" pic.twitter.com/ebsJvqJ0JJ

Magongwa only speaks his mind when he is home 😂😂😂😂😂 trying to scare Celia #skeemsaam pic.twitter.com/1qQ0zSAZvQ

They also mocked malume's bedroom antics, claiming that the deep conversations and attire was evidence that no one was getting down in that bed.

You can tell that Magongwa doesn't go down
👇 🍑 💦 🍆 with the way they are dressed in Bed#SkeemSaam pic.twitter.com/YNlq99zyXC

They were also not there for malume skipping school, claiming he was just as naughty as his students.

#SkeemSaam Magongwa will never see a day of joy at work.😂😂