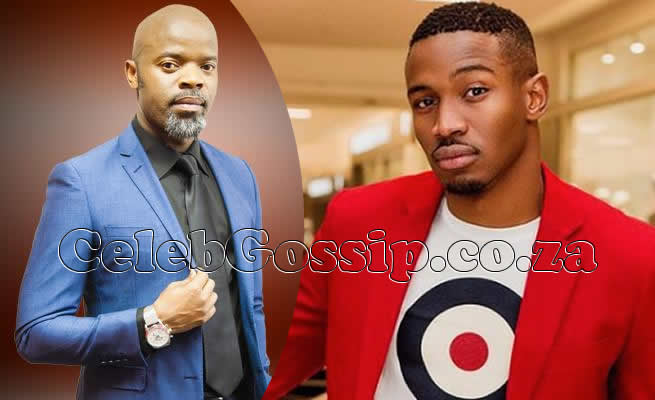 IN an era where social media plays a major role in soapie casting, the more followers you have, the more likely you are to get a role on prime time soapies.

In a controversial incident, veteran actor, Dumisani Mbebe, tweeted that presenter-turned-actor Lunga Shabalala’s acting abilities are far less than impressive. Lunga is a young and popular personality with a massive social media following. But Dumisani now tells Move! that he wasn’t taking shots at Lunga and that he was merely making a point that television producers are compromising too much of the craft for viewership ratings.

The conversation was sparked after entertainment industry commentator, Phil Mphela, tweeted that Lunga’s acting had improved since his first appearance on 1Magic’s drama series, The River.

Dumisani disagreed with Phil’s statement and wrote, “The boy can’t act. He’s not the only one! You simply got used to him!”

Some Twitter users, who thought the actor was taking a shot at Lunga, were unhappy with the comment. Speaking to Move!, Dumisani cleared the air.

“People think I was throwing shade at Lunga but I was just stating my opinion on how acting has changed. It’s just that Lunga was used as a point of reference,” he says.

Dumisani also adds that Lunga shouldn’t take what was said in a bad way because his intention was to build him as an actor.

“I’ve been criticised in the past by big names in the game and I took it as a stepping stone to perfecting my craft. He shouldn’t be hurt by my comments, instead he should build from them,” he says.

Dumisani explains that producers would rather cut production costs by hiring social media celebrities, who they know won’t be paid the same as experienced actors.

“They would rather avoid paying the big bucks to established actors and hire inexperienced actors with a huge following on Twitter or Instagram because it works in their favour. It’s not that we (seasoned actors) are expensive, they just can’t afford us but at the end of the day they compromise the craft,” he says.

The former Generations actor says that he doesn’t have a problem with giving the youth opportunities and explains that he is all for it.

But if the opportunity is presented on the merits of their appearance than their acting abilities, then it’s a problem.

“I will never take on a role given to me for the way I look or the number of followers I have because it clearly says that my acting isn’t good enough to get the role,” Dumisani says.