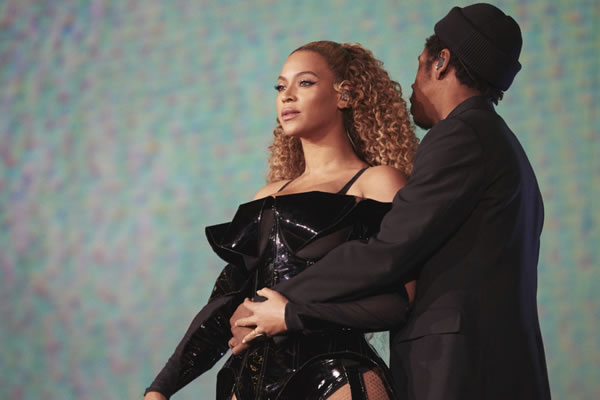 THE long wait is finally over. Power couple Jay-Z and his pregnant wife Beyonce have landed…. and are all set to rock mzansi!

The showbiz A-listers arrived on Thursday ahead of their performance in one of the world’s biggest festivals today. Having come with their three kids, the entertainers are expected to deliver a mouthwatering performance in the Global Citizen Festival: Mandela 100 at FNB Stadium, south of Jozi.

They’ll headline a star-studded line-up for the event held in honour of the late former president Nelson Mandela. The free-ticketed concert set to start at 11am is expected to fill up the 90 000 capacity stadium.

A keynote address remembering Nelson Mandela and his legacy will be delivered by Oprah Winfrey. President Cyril Ramaphosa will also address the crowd. The festival has generated a lot of interest across the world from the day Global Citizen announced it will be hosted in Jozi.

Over the past six months, the organisation has taken an unprecedented number of actions to put pressure on world leaders to make commitments around issues associated with extreme poverty, gender equality, food security, education, the environment, and global health. Since 18 July, Global Citizens in Mzansi, Swaziland and Lesotho have taken more than 5 million actions, through which they then rewarded people with free tickets to the Global Citizen Festival: Mandela 100.

On Friday, the organisation announced the launch of an album dubbed, Global Citizen EP1. It features four songs from some of the Mandela 100 festival artists, including Tiwa Savage, Pharrell Williams, Wizkid, Cassper Nyovest and David Guetta.

The Joburg Metropolitan Police Department (JMPD) intends to deploy more than 120 personnel to work in and around the stadium. The JMPD also announced some road closures and diversion of traffic.

The JMPD also urged people to use the park and ride facilities in different areas around Gauteng. Global Citizen also announced on Friday that DStv, the SABC and Viacom’s MTV International would be broadcast partners for the festival.