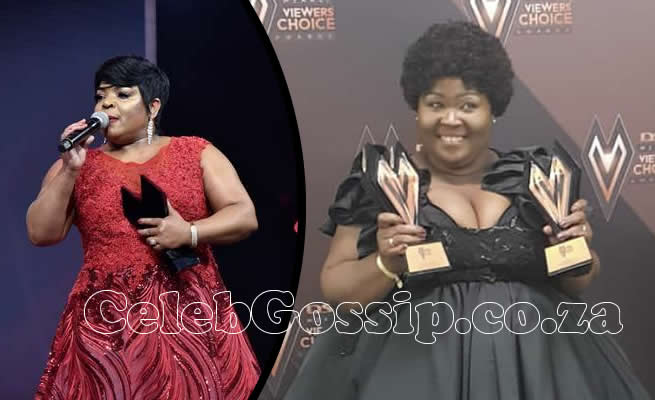 The 2nd Annual DStv Mzansi Viewers’ Choice Awards were the hottest ticket last night. The awards took place at the Sandton Convention Center. There were dramatic gowns, dapper suits, edgy hairstyles and a lot of lights, cameras and action.

Hosted by the ever sublime Bonang Matheba in one magnificent gown after another, she introduced a litany of stars to present the 13 awards to a packed live audience and countless home viewers.

Matheba held down the two-hour show with finesse and unsurprisingly blew up social media with her jaw-dropping outfit changes that included sparkling gowns, figure-hugging dresses and a very Beyoncé-esque royal headpiece.

Mzansi saluted the best of local sport and entertainment with a production to rival the best in the world. The black lacquered stage was the focus as a myriad of dance styles were performed to music by the likes of Kwesta, Sjava, Bucie, Sun-El Musician, Mlindo The Vocalist, Sho Madjozi, Dumi Mkokstad, Ntokozo Mbambo and Khaya Mthethwa among many others.

However, the night’s best performance easily went to the 30-year music legend, Dr Rebecca Malope, who had the house on its feet during a high-octane performance of a hits medley that turned the awards celebration into a spiritual revival. Dr Reebs, who brought her family along, was presented with the prestigious 1Life Legend Award by another music icon, Lindelani Mkhize. In an emotional acceptance speech, she gave glory to God, thanked her family and fans, and paid tribute to those who came before her as well as her peers.

Favourite Song of the Year

Favourite Personality of the Year

Brought to you by Castle Milk Stout

Brought to you by SuperSport

Brought to you by DStv