Home Entertainment Anger as #etvScandal actor Mthunzi played by Bongile Mantsai gets away with... 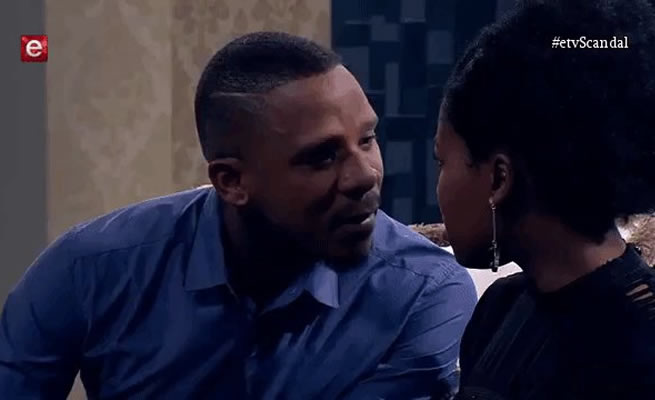 Soapie fans are seriously tired of Scandal! villain Mthunzi getting away with murder and have threatened to switch channels if he is not exposed soon.

Mthunzi, played by Inxeba star Bongile Mantsai, has it in for the Langa family after having a bad experience with the family as a child.

Dude holds a grudge worse than Drake fans and kidnapped baba Siseko Langa before killing him.

He then faked his way into the Langa's law firm and charmed Xolile.

Now, as the pair prepared to marry, fans were hoping he would be exposed.

Sadly, it wasn't to be and now the streets are mad.

Hundreds of fans took to Twitter on Tuesday to voice their frustration with Mthunzi and the storyline.

Dear scandal. If u don't wanna lose viewers, change the mthunzi storyline! last night was the most disappointing episode I've ever watched!!! We want a happy Langa ending.
#etvScandal

Lol because of the writers of #etvscandal and their obsession with Mthunzi, I have found me a new home in Indian channels 😂😂

Twitter made ne not regret missing this Soapie and i thnk im done with it also…..buh thy z an inside job caz mthunzi z out of order #etvScandal pic.twitter.com/sJYz2TEsw9

As I switch off my Tv 📺😡😡😡😡 This mthunzi guy will never get caught #etvScandal pic.twitter.com/6scvBtqZEM

Fix the Mthunzi storyline first then we can talk.
Am giving scandal a week, if he is still around I will find something else to watch. 😑Stru. pic.twitter.com/RDNvx8EPmp

Bongile joined the cast of Scandal! this year and admitted in an interview with TshisaLIVE last month that at first he was a little shy and wanted to kind of keep to himself.

"I was so happy to get the role. It is exciting. I didn't think it would be this big. I thought I would leave Cape Town for two months, but several more months, and I am still here. I am taking it as it comes. At first I would keep to myself, but TV doesn't allow that. People came to me and let me into their world and community. I was so humbled."

He said that he had got backlash for his character but was not overly concerned.

"It scares me at times because people don't really like the character. Some people will even tell me they will never ask me for pictures because of my character."