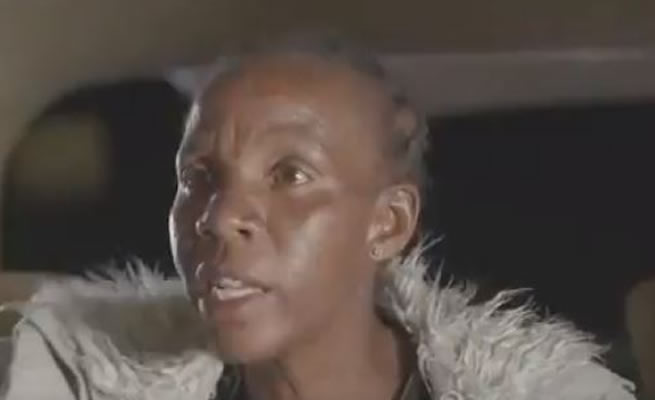 Jub Jub's hit reality show Uthando Noxolo once again brought D.RA.M.A deluxe on Sunday when Precious took to the show ask her hubby's forgiveness after she told him that a child she was carrying was his.

It was like maths higher grade on our TV when Jub Jub explained how Precious had come to SA and cheated on her husband Rasta with another man, George. She later fell pregnant and told Rasta that the baby was his. When Precious told George about the pregnancy, he said they should keep it a secret and took the child.

In all the chaos, Precious wanted to come clean to her hubby.

A Zimbabwean woman had a child with a South African man while she was still married to her husband of 10 years and now he is now denying her access to her child.

But the drama was nearly sidetracked with Precious claiming she wasn't the only one cheating and once came home to find panties she claimed came from Rasta's side piece.

She even claimed that Rasta had taught her how to cheat.

The internet was defeated by all the drama and took to Twitter to share memes and messages about everything that was unfolding on screen.

They also called for a second round of confessions to hear George's side of the story and wondered where the child was now.

Damn I really feel bad for this woman #UthandoNoxolo pic.twitter.com/jJWkXGbwp9

This is how I sleep at night knowing I'm single and nobody's out cheating on me. #UthandoNoxolo pic.twitter.com/2iVfQma0VS

Precious: "He taught me to cheat."

This episode needs another episode to conclude everything #UthandoNoxolo pic.twitter.com/DnsD9CuwIE

bathong, she gave birth how long ago & she only following up now?
they dunno where that child is
#uthandonoxolo pic.twitter.com/3WnCHpZt9x