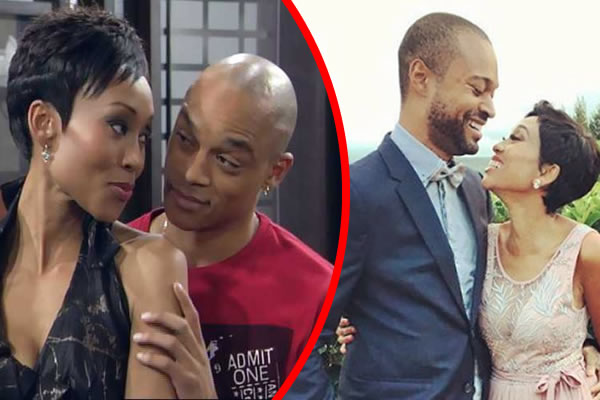 Kgomotso Christopher is without a doubt Mzansi's favourite drama queen. The star has been in the entertainment industry for several years and she is one of the elite thespians who have studied the craft at University level.

Even though she has been in the entertainment industry for several years, the star was catapulted into superstardom when she bagged the role of Katlego on Isidingo making her a household name with legions of fans.

The actress who is now on etv's Scandal has a lot of kissing scenes on the series and a fan asked her how her husband feels about those scenes. Take a look at the exchange below:

@kgchristopher even though its acting, does your husband ever feel some type of way with the kissing scenes? I know I would

Lol. But remember my hubby met me knowing full well that I wanted to pursue the performing arts. Has seen me act in the craziest of drama school productions and and…🤣🤣. He's seen it all. Supports my career. I hear you though. https://t.co/kNiwpC2DfV

There you have it folks, if her husband is comfortable, who are we to judge?