Home Entertainment Amakhosi hitmaker Amanda Black apologises to Thato over what she said about... 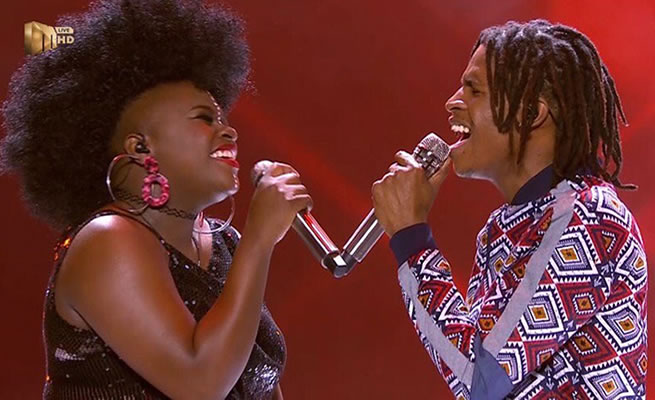 Amanda Black has apologized for the remarks she made about Thato.

The Amakhosi hitmaker said she didn’t mean no harm, but she still chose to be the bigger person.

Amanda Black found herself in a sticky situation after Thato’s fans came after her. The award winning songstress performed a duet with the Idol’s contestant and gave him a few words of advice.

Her saying Thato doesn’t have the greatest voice did not sit well with many of the contestant’s fans.

” Sometimes we think we are being honest but it just ends up bringing down rather than uplifting,” Amanda said in her apology.

It was awesome working with this man! Truly humble soul and incredible hard worker. Amazing performance last night 🔥🔥. You did the things boy from Postmansberg. 🙏🏿🙌🏾🙌🏾 #IdolsSA pic.twitter.com/kCRrIJoZN3

I’ve already apologised to Thato about what I said on the insert, I know you guys were offended by it, Im truly sorry as it I didn’t intend for it to come out like that. Sometimes we think we are being honest but it just ends up bringing down rather than uplifting. #IdolsSA

Amanda also said: "Thato is an incredible artist,and I had a great time working with him. And I wish him the absolute best in and out of the competition."